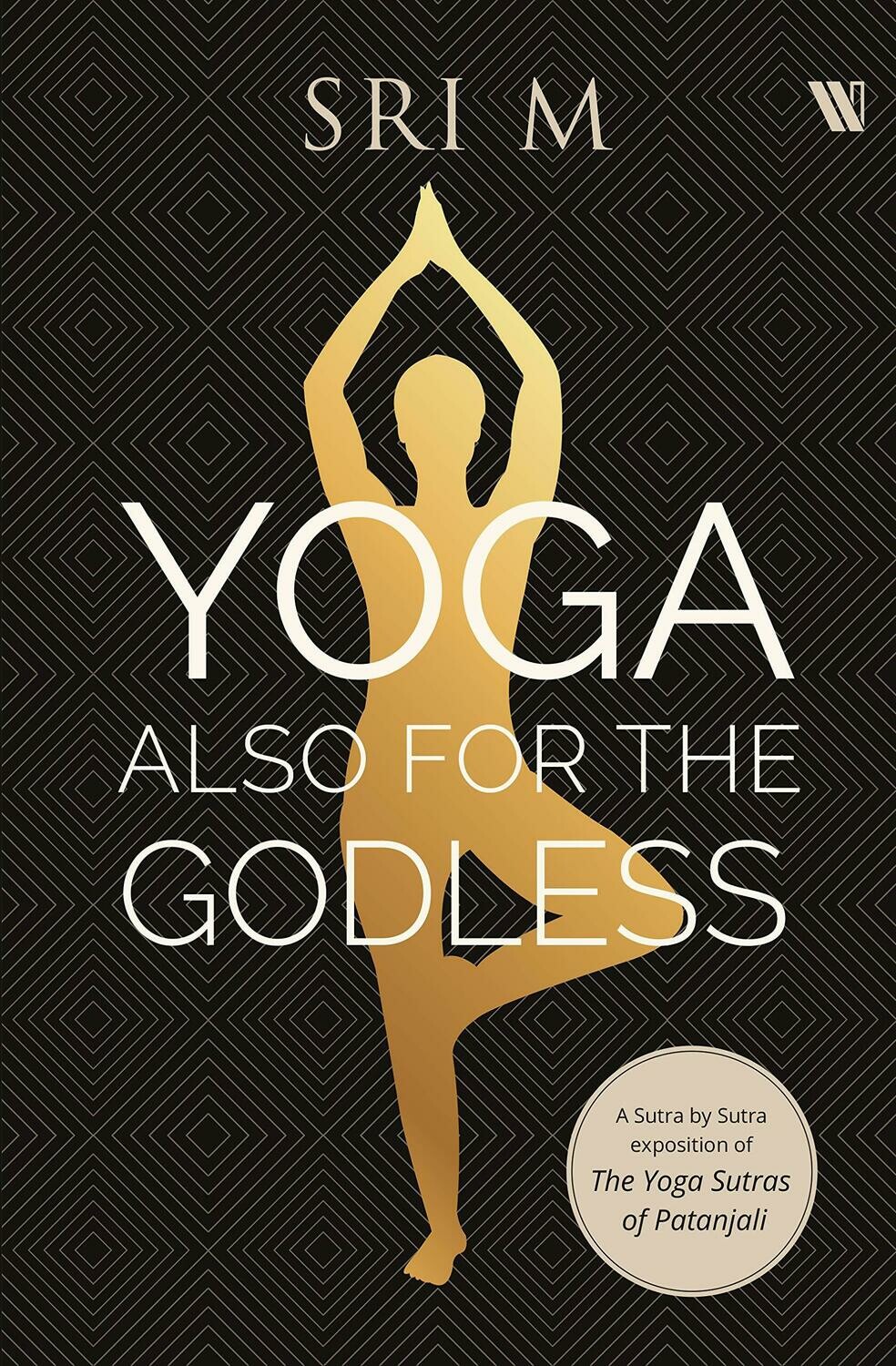 Yoga Also for the Godless

Practitioners of the ancient science of yoga have long contended that you don’t have to be a Hindu, in the conventional sense, to practise yoga, even though its origins lie in India. Renowned spiritual teacher, author, social reformer, educationist and global speaker Sri M goes a step further in this new and path-breaking book—he proves that, let alone belonging to a particular religion, one doesn’t even need to believe in God to be a true yogi. One of the best-known Vedantic scholars of our times, he draws on his deep knowledge of ancient Indian scriptures to prove that the godless are as capable as the God-inspired of reaching the pinnacle of self-realisation and bliss through yoga.

Based on a profound understanding of Patanjali’s Yoga Sutras, this is a step-by-step guide to the theory and practice of yoga for those who seek to know it better, and also for the young and the millennial, who may be stepping out for the first time. In lucid prose, with photographs for visual aid, Sri M takes us through the most complex notions of breath, body and posture with admirable brevity and clarity.

If you read one book on the subject of yoga, this is the one to choose.

‘This book is meant precisely to change misunderstood notions about yoga, while serving as a practical guide to practise yoga to perfection, without the “God crutch”. You will understand that ancient yoga philosophy has almost no interest in the concept of a creator or an all-powerful God, who controls you and throws you into heaven or hell according to his whims and fancies.

Even the great Patanjali, considered the foremost and earliest exponent of systematic yoga, in his masterpiece, The Yoga Sutras, uses Ishwara (God) only twice in the entire text and only as a useful adjunct to the main practices. Whether Patanjali’s Ishwara denotes an omnipotent “thundering God” or the tranquil Purusha of Sankhya philosophy is an age-old question that needs a healthy debate. We will look into these and other points of view because to practise yoga well, an understanding of its philosophical roots is important. Lastly, this book is an attempt to save the purity of yoga from being adulterated by religious cults and politico-religious outfits keen to exploit the masses and use them to their advantage.’

Born Mumtaz Ali in Thiruvananthapuram, Kerala, Sri M is a spiritual teacher, author, social reformer, educationist and global speaker. His memoir, Apprenticed to a Himalayan Master: A Yogi’s Autobiography, published in 2011, became an instant bestseller; the sequel, The Journey Continues, was published in 2017.

He is the author of various other books on philosophy, yoga and Indian mysticism. Sri M established The Satsang Foundation twenty years ago and his mission has resulted in several initiatives in areas of education, community health, environment and the oneness of humanity.

Among the many awards and honours he has received, Sri M was conferred the Padma Bhushan by the Government of India in January 2020 for distinguished service of high order in spirituality.