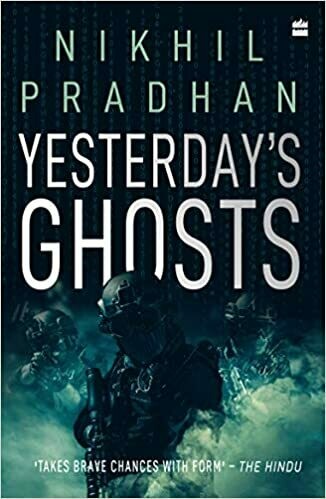 A SECRET FORGED IN THE HEART OF WAR

A TEAM OF DISGRACED SPIES

A CODE THAT SHOULDN'T EXIST …

The four men, now in their fifties and sixties, have moved on with their lives, and have no intention of returning to the place where it all went wrong. However, when each of them receives a mysterious message, written in a once-familiar code, they realize that their secret has followed them home.

From the author of Cold Truth, comes a terrifying story of secrets that come home to roost.

Nikhil Pradhan has spent over a decade telling stories through journalism, advertising and marketing. His work has been reviewed and featured in publications like Scroll, Mint, the Hindu and DNA. His debut novel, Cold Truth, has also been optioned for a web series.

When he isn't writing, this XIC Mumbai graduate is always on the lookout for underrated RPG video games and the next great horror novel, movie or web series.

Born in Gangtok, Sikkim, Nikhil now lives in Bengaluru with his wife and their pet dog, 2Pac.

Yesterday's Ghosts is his second book.