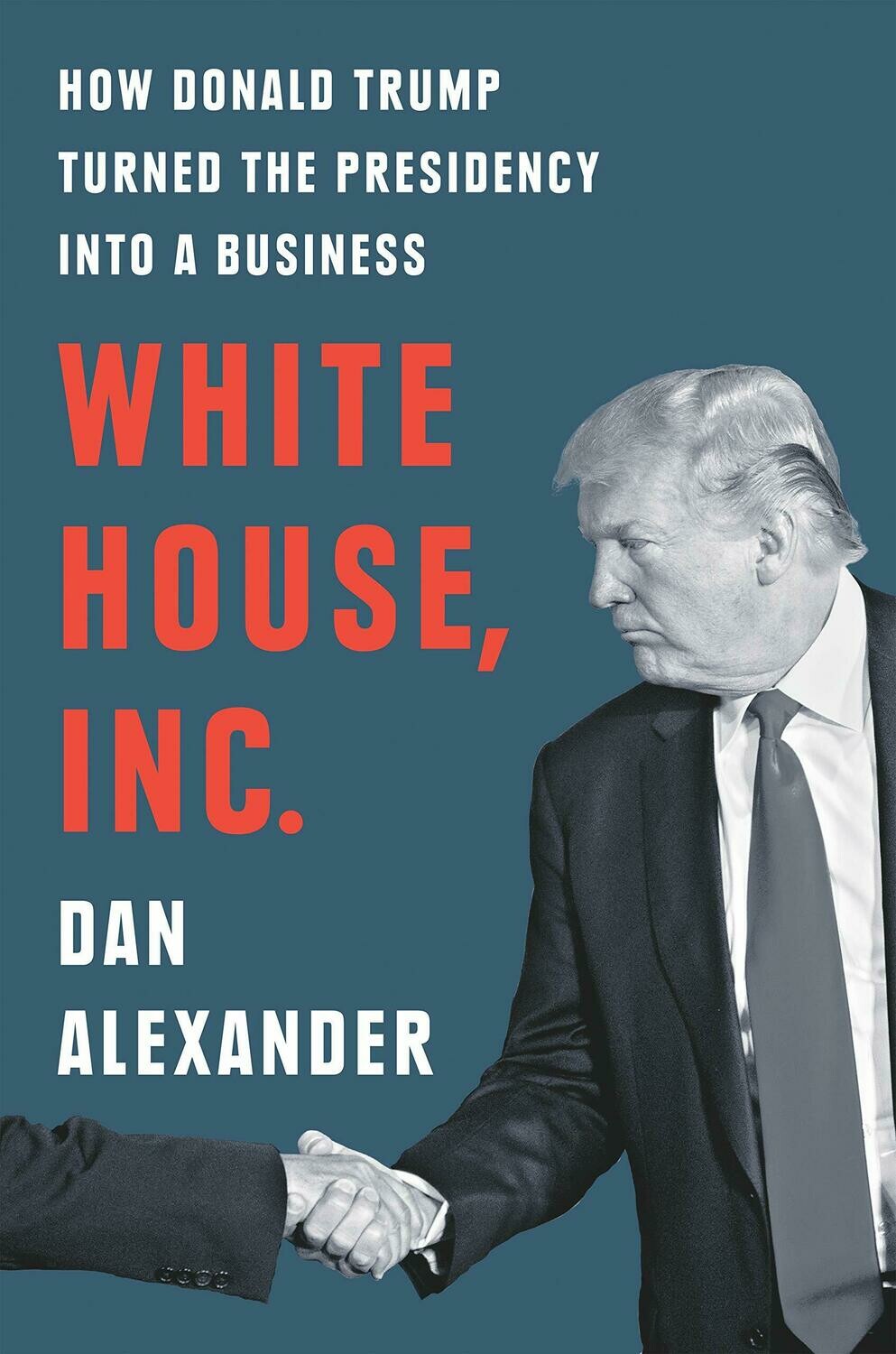 White House, Inc.: How Donald Trump Turned the Presidency into a Business

An in-depth investigation into Donald Trump’s business—and how he used America’s top job to service it.

White House, Inc. is a newsmaking exposé that details President Trump’s efforts to make money off of politics, taking us inside his exclusive clubs, luxury hotels, overseas partnerships, commercial properties, and personal mansions. Alexander tracks hundreds of millions of dollars flowing freely between big businesses and President Trump. He explains, in plain language, how Trump tried to translate power into profit, from the 2016 campaign to the ramp-up to the 2020 campaign.

Just because you turn the presidency into a business doesn’t necessarily mean you turn it into a good business. After Trump won the White House, profits plunged at certain properties, like the Doral golf resort in Miami. But the presidency also opened up new opportunities. Trump’s commercial and residential property portfolio morphed into a one-of-a-kind marketplace, through which anyone, anywhere, could pay the president of the United States. Hundreds of customers—including foreign governments, big businesses, and individual investors—obliged.

The president's disregard for norms sparked a trickle-down ethics crisis with no precedent in modern American history. Trump appointed an inner circle of centimillionaires and billionaires—including Ivanka Trump, Jared Kushner, Wilbur Ross, and Carl Icahn—who came with their own conflict-ridden portfolios. Following the president’s lead, they trampled barriers meant to separate their financial holdings from their government roles.

White House, Inc. is a page-turning, hair-raising investigation into Trump and his team, who corrupted the U.S. presidency and managed to avoid accountability. Until now.

Dan Alexander is a senior editor at Forbes, where he leads the magazine's coverage of Donald Trump. Twice a year, Alexander is responsible for putting together Forbes' estimate of Donald Trump's net worth. Alexander won the 2018 ASME NEXT award, given to magazine journalists under 30 who "demonstrated extraordinary promise." The New York City Society of Professional Journalists honored him with back-to-back awards for best business feature of the year in 2017 and 2018. Born and raised in Ohio, he now lives in New Jersey.