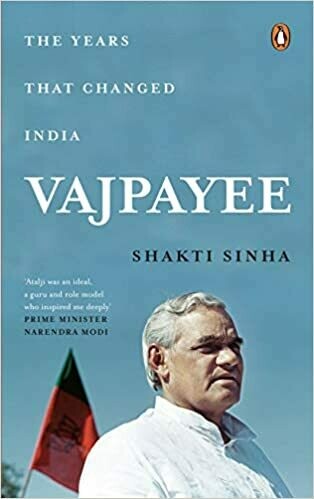 Former prime minister of India and member of the Bharatiya Janata Party, Atal Bihari Vajpayee was an understated and a singular politician of the kind rarely seen in contemporary times. His patriotism was uncompromising, forged out of the paradoxes of his life: The sensitive poet who summoned nerves of Steel to conduct the pokhran-ii nuclear tests; the man from humble beginnings who envisioned a project as Titanic as the Golden quadrilateral highway network. Devoid of any political pedigree or patronage, he harnessed his diplomatic acumen to transform India's relations with the United States, which had long been mired in misunderstandings rooted in the Cold War. His calculated decisions led to key strategic and economic policy achievements. in this book, shakti Sinha, a close Associate of Vajpayee, helps us understand Vajpayee as a decision-maker. The narrative focuses on the political challenges Vajpayee faced, and on his key initiatives in the strategic and economic fields during his first Term as prime Minister, which have had a lasting impact. vajpayee fleshes out not only Vajpayee's political philosophy but also provides an insider's account of how the former PM thought and worked.

SHAKTI SINHA first got to know Vajpayee in 1980, and worked with him very closely for three and a half years in the 1990s, as secretary to the leader of the Opposition (1996-97) and as his private secretary (1998-99). He was also the director of the Nehru Memorial Museum and Library. He is a distinguished fellow at the India Foundation and is currently serving as the honorary director of the Atal Bihari Vajpayee Institute of Policy Research and International Studies, MS University, Vadodara.