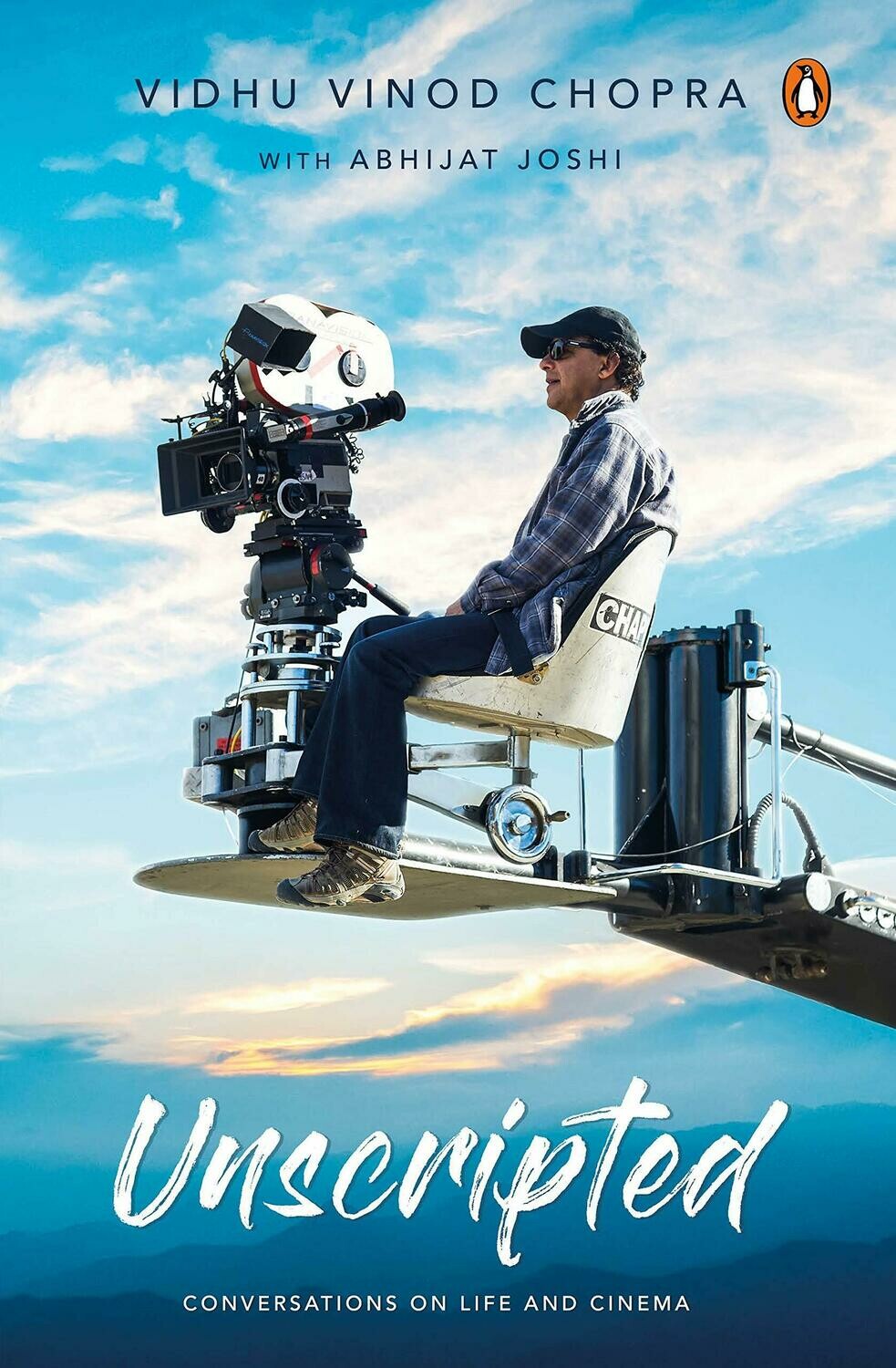 Unscripted: Conversations on Life and Cinema

Starting in Wazir Bagh, a small mohalla in Kashmir, Vidhu Vinod Chopra’s life has been well and truly unscripted. Over the last thirty years, he has blazed a trail in Hindi cinema-even going on to direct a film in Hollywood. From someone who once released his student film though it was incomplete, because he ran out of money and film stock, he now has the distinction of heading one of the key production houses in India, VVC Films. The company has made some of the biggest blockbusters in recent times. Not only is he a film-maker par excellence, but he has also nurtured some of the brightest talents in the Hindi film industry, including directors Rajkumar Hirani, Pradeep Sarkar and Sanjay Leela Bhansali.

In Unscripted, Vidhu Vinod Chopra speaks to his long-time collaborator and scriptwriter Abhijat Joshi about his exceptional journey. Engaging and illuminating, the book provides a glimpse into the mind, method and madness of one of contemporary Hindi cinema’s best film-makers.

Starting in 1978 with his Oscar-nominated short film, An Encounter with Faces, Vidhu Vinod Chopra has won countless awards over the years for his path-breaking work as director, screenwriter and producer. His unique approach to film-making is evident in films such as Parinda, Khamosh, 1942: A Love Story and in the films that can today be defined as the modern classics of our era, Munna Bhai M.B.B.S. and 3 Idiots. He lives and works in Mumbai.

In 1992, Abhijat Joshi wrote a critically acclaimed play, A Shaft of Sunlight, that Vidhu Vinod Chopra happened to see in Birmingham. Their subsequent encounter was the start of an enduring and fruitful collaboration resulting in films like Mission Kashmir, Eklavya, and most recently, Shikara. The team of director Rajkumar Hirani, writer Abhijat Joshi and producer Vidhu Vinod Chopra has also helmed major blockbusters in recent years like Lage Raho Munna Bhai, 3 Idiots, PK and Sanju.