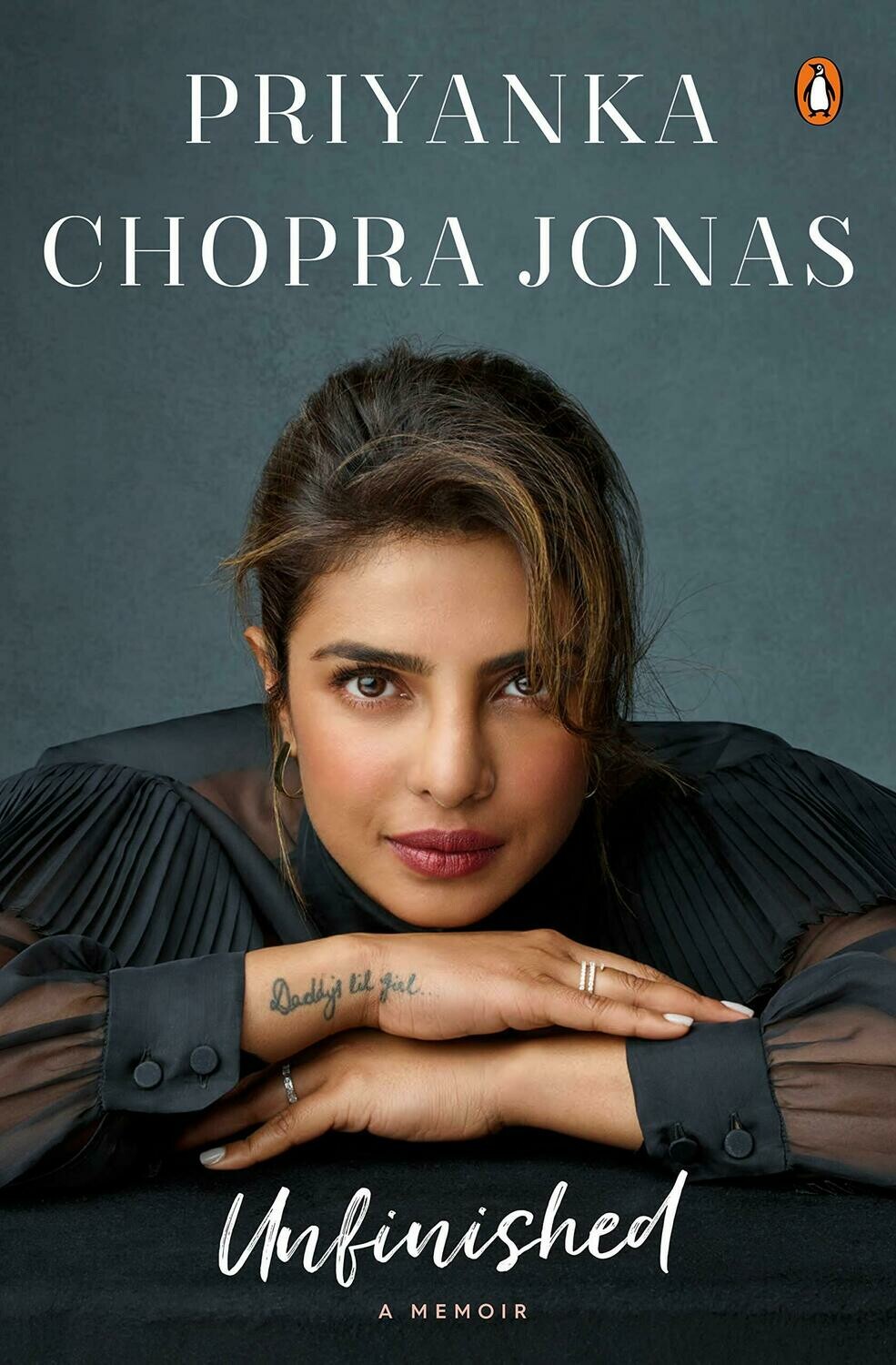 “I have always felt that life is a solitary journey, that we are each on a train, riding through our hours, our days, our years. We get on alone, we leave alone, and the decisions we made as we travel on the train are our responsibility alone.”

In this thoughtful and revealing memoir, readers will accompany one of the world’s most recognizable women on her journey of self-discovery. A remarkable life story rooted in two different worlds, Unfinished offers insights into Priyanka Chopra Jonas’s childhood in India; her formative teenage years in the United States; and her return to India, where against all odds as a newcomer to the pageant world, she won the national and international beauty competitions that launched her global acting career. Whether reflecting on her nomadic early years or the challenges she’s faced as she’s doggedly pursued her calling, Priyanka shares her challenges and triumphs with warmth and honesty. The result is a book that is philosophical, sassy, inspiring, bold, and rebellious. Just like the author herself.

From her dual-continent twenty-year-long career as an actor and producer to her work as a UNICEF Goodwill Ambassador, from losing her beloved father to cancer to marrying Nick Jonas, Priyanka Chopra Jonas’s story will inspire readers around the world to gather their courage, embrace their ambitions, and commit to the hard work of following their dreams.

''When I saw how people were looking at me on my first day back at school in Bareilly-as if I were a fantastical, brightly colored unicorn-I realized that I wanted to see myself that way, too. I wanted to feel interesting and unusual and amazing, to feel that I was deserving of people’s gaze. I wanted to leave behind my fear of being different, the quality that seemed to cause trouble for me in America. From now on, if I was going to be an anomaly, I was going to be the shiniest damn anomaly around. I had no idea if I could pull off that sort of attitude or not, but I was sure as hell going to try.''

Priyanka Chopra Jonas is a multifaceted talent who is one of the most recognized personalities in the world. A National Film Award winner with more than sixty international and Hollywood films to her credit, Chopra Jonas made her American TV acting debut on the ABC-TV hit drama Quantico, where she made history as the first Indian-born actor to star as the lead of a TV drama series. She was featured on the cover of Time magazine's coveted Time 100 issue, named as one of the "Most Influential People" in the world, and recognized as one of Forbes's Most Powerful Women. Chopra Jonas is a global UNICEF Goodwill Ambassador, and received the prestigious Danny Kaye Humanitarian award. She is also involved in a number of efforts to protect children's rights and to promote the education of girls around the world, including her namesake charity, The Priyanka Chopra Foundation for Health and Education.