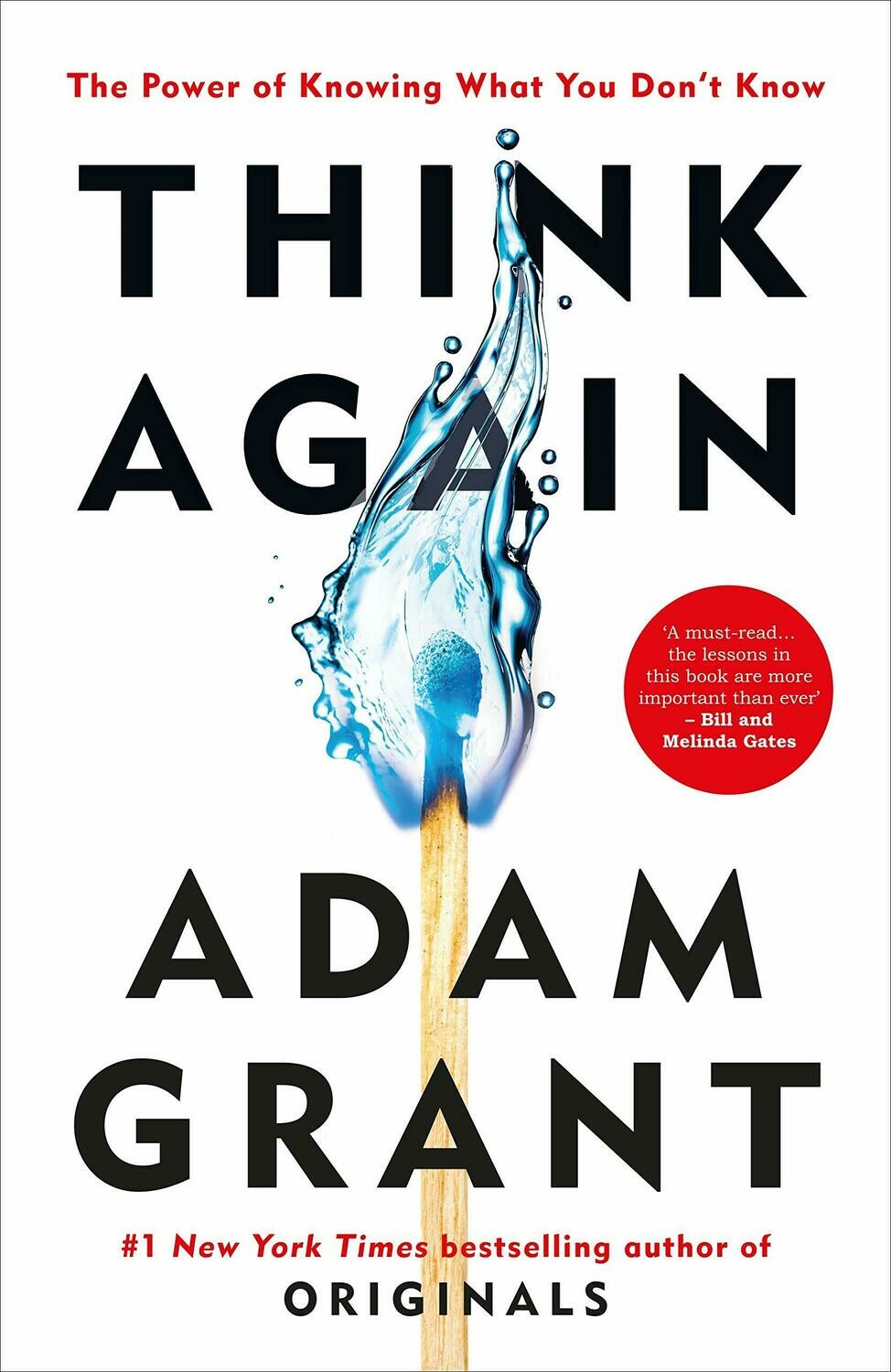 Think Again: The Power of Knowing What You Don't Know

Bestselling author and TED podcast star, Adam Grant examines the critical art of rethinking -- how questioning your beliefs and knowing what you don't know can lead you to success at work and happiness at home

Intelligence is usually seen as the ability to think and learn, but in a rapidly changing world it might matter more that we can rethink and unlearn.

Organizational psychologist Adam Grant is an expert on opening other people's minds-and our own. As Wharton's top-rated professor and the bestselling author of Originals and Give and Take, he tries to argue like he's right but listen like he's wrong.

Think Again invites us to let go of views that are no longer serving us well and prize mental flexibility, humility, and curiosity over foolish consistency. If knowledge is power, knowing what we don't know is wisdom.

Adam Grant is an organizational psychologist at Wharton, where he has been the top-rated professor for seven straight years. A #1 New York Times bestselling author and one of TED's most popular speakers, his books have sold more than 2 million copies and been translated into 35 languages, his talks have been viewed more than 25 million times, and his podcast WorkLife has topped the charts. His pioneering research has inspired people to rethink their fundamental assumptions about motivation, generosity, and creativity. He has been recognized as one of the world's 10 most influential management thinkers and Fortune's 40 under 40, and has been honored with distinguished scientific achievement awards from the American Psychological Association and the National Science Foundation.
Save this product for later