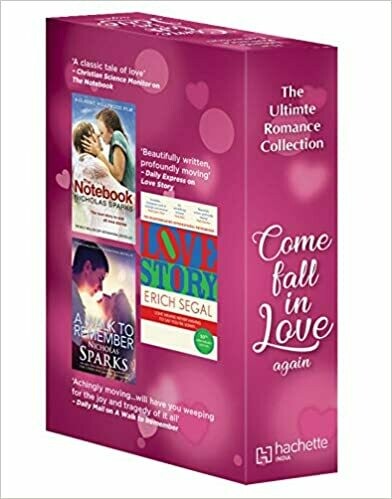 Erich Segal was born in Brooklyn in 1937 and graduated from Harvard with a B.A. in 1958, followed by a Masters and a Doctorate. He first made his name as an academic writer in the field of classical literature before moving on to write the book that made him famous - LOVE STORY, which published in 1970 and went on to sell over 21 million copies worldwide - and seven other romantic bestsellers. In 1998 he was awarded the Legion d'Honneur from the French government. He was married and had two children. Erich Segal died in London in 2010.

With over 100 million copies of his books sold, Nicholas Sparks is one of the world's most beloved storytellers. His novels include twelve number one New York Times bestsellers. All Nicholas Sparks' books have been international bestsellers and have been translated into more than fifty languages. Eleven of his novels have been adapted into major films - The Longest Ride, The Best of Me, Safe Haven, The Lucky One, The Last Song, Dear John, Nights in Rodanthe, Message in a Bottle, A Walk to Remember, The Notebook and The Choice.
Save this product for later