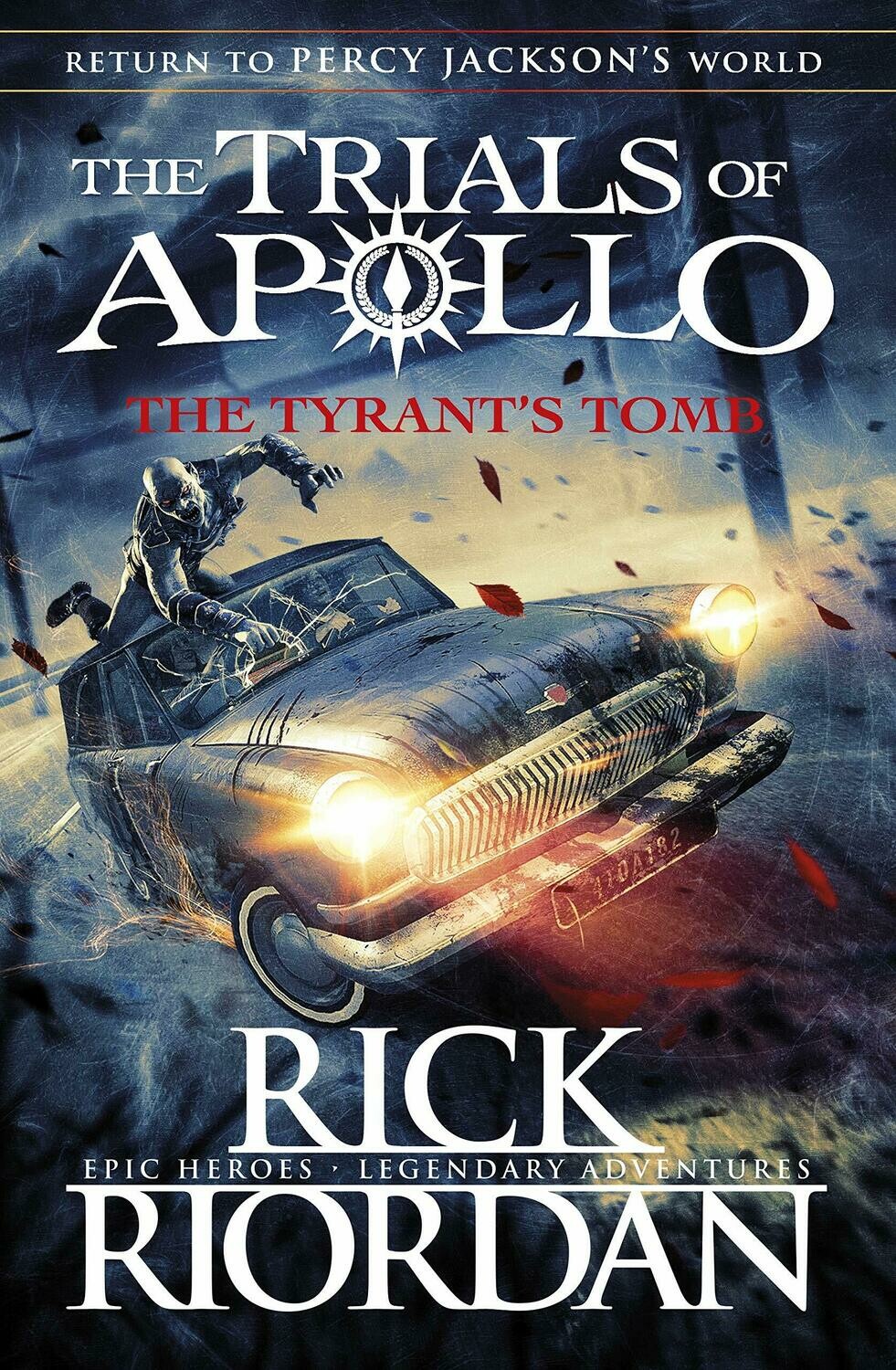 The fourth title in Rick Riordan's Trials of Apollo series - set in the funny, mythical and action-packed world of Percy Jackson.
You will get to the Tiber alive. You will start to Jive.
The former God Apollo is having a pretty rough time of it. Well, for one thing, he's called Lester. But being an awkward mortal teenager is the least of his worries.
Though he and his friends (some of them) have emerged from the Burning Maze, they still have a triumvirate to defeat, oracles to rescue, and prophecies to decipher, so that the world may be saved, and Lester can become Apollo once again.
But, right now, Caligula is sailing to San Francisco to deal with Camp Jupiter personally, and they have to get their first. Or risk its destruction.

Rick Riordan is a teacher and a writer, and has won many awards for his mystery novels for adults. He says that the idea for Percy Jackson and the Lightning Thief first came to him while he was teaching Greek mythology at middle school in San Francisco. But rumour has it that Camp Half Blood actually exists, and Rick spends his summers there recording the adventures of young demigods. Some believe that, to avoid a mass panic among the mortal population, he was forced to swear on the River Styx to present Percy Jackson's story as fiction. Rick lives in Texas (apart from his summers on Half Blood Hill) with his wife and two sons.