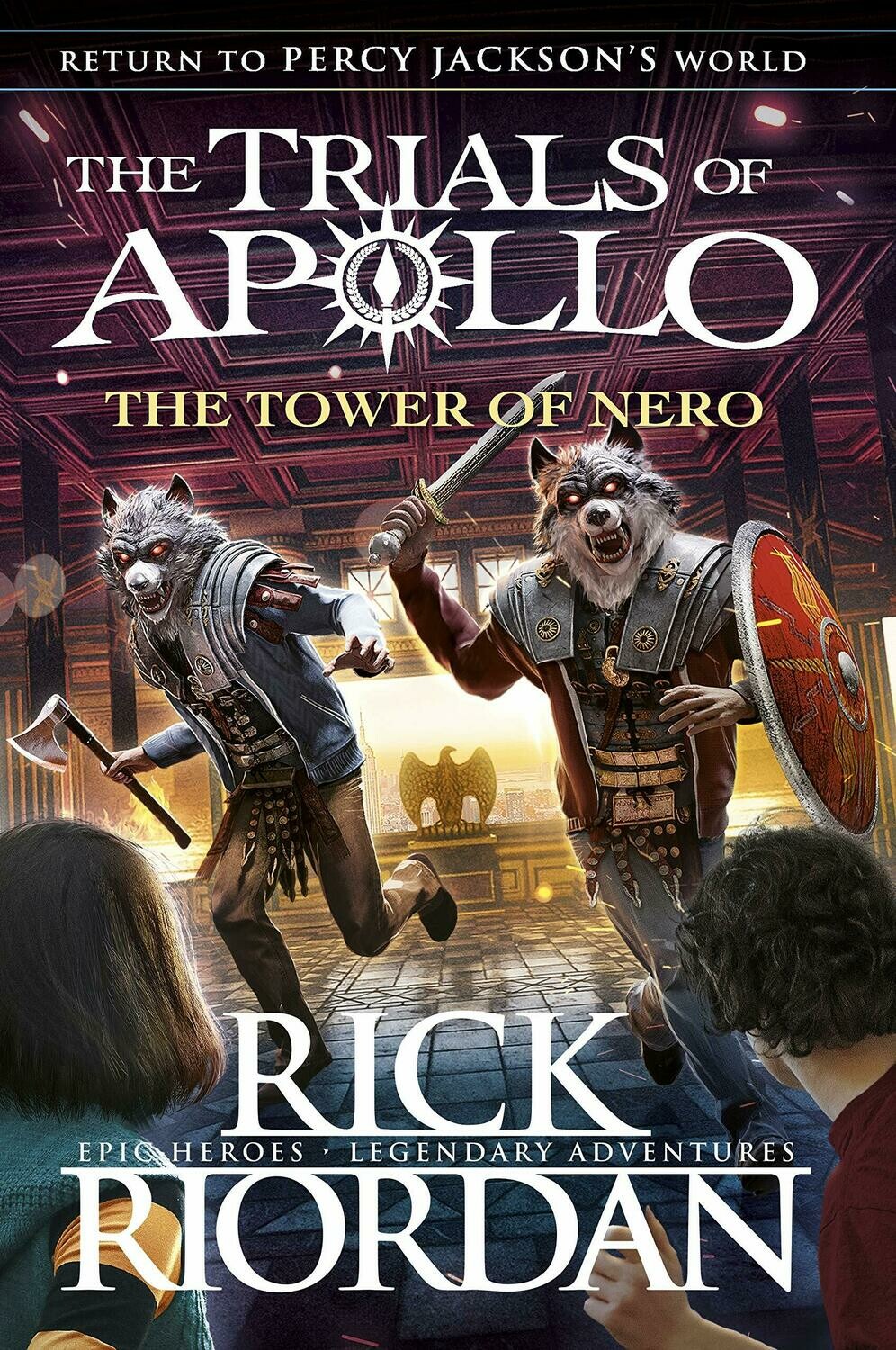 The Tower of Nero

The fifth and final title in Rick Riordan's Trials of Apollo series - set in the funny, mythical and action-packed world of Percy Jackson

It's time to face the final trial . . .The battle for Camp Jupiter is over. New Rome is safe. Tarquin and his army of the undead have been defeated. Somehow Apollo has made it out alive, with a little bit of help from the Hunters of Artemis.But though the battle may have been won, the war is far from over.Now Apollo and Meg must get ready for the final - and, let's face it, probably fatal - adventure. They must face the last emperor, the terrifying Nero, and destroy him once and for all.Can Apollo find his godly form again? Will Meg be able to face up to her troubled past? Destiny awaits . . .

Rick Riordan is a teacher and a writer, and has won many awards for his mystery novels for adults. He says that the idea for Percy Jackson and the Lightning Thief first came to him while he was teaching Greek mythology at middle school in San Francisco. But rumour has it that Camp Half Blood actually exists, and Rick spends his summers there recording the adventures of young demigods. Some believe that, to avoid a mass panic among the mortal population, he was forced to swear on the River Styx to present Percy Jackson's story as fiction. Rick lives in Texas (apart from his summers on Half Blood Hill) with his wife and two sons.