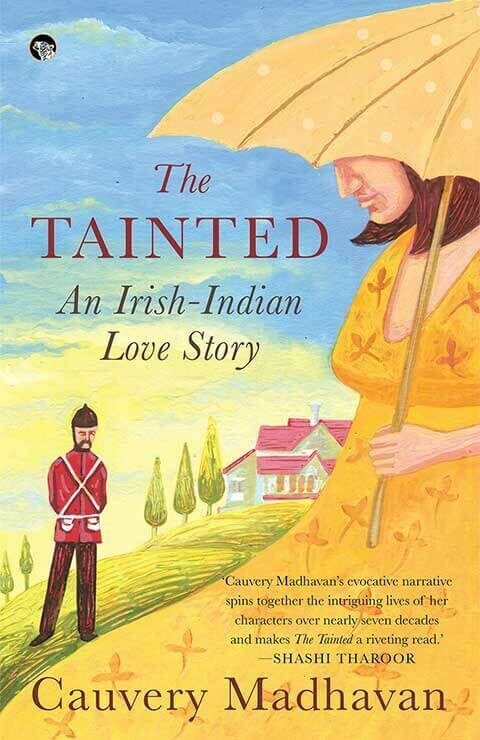 The Tainted An Irish-Indian Love Story

The hills of Nandagiri,1920: the Irish Kildare Regiment is part of the vast machinery that holds together the British Empire for the Crown of England. Back home in Ireland, the Irish War for Independence is raging and is met with a ruthless backlash; the Black and Tans—an English paramilitary force set up to crush Irish dissidents—spread death, indignities and destruction wherever they go.

In Nandagiri, Rose Twomey, an Irish-Indian, and Michael, a soldier from the Kildare Rangers, fall in love, defying the social norms of the time that disapproved of such unions. As news of the Black and Tans’ atrocities reach
India, anger brews among the Irish soldiers against the Crown they’ve sworn to serve, leading to mutiny, arrests, court-martials and executions. Rose and Michael are helpless in the political maelstrom blowing around them that rips through their lives and dreams.

Sixty years later, in those very same hills, families torn apart by those turbulent decades are forced to reckon with the horrors of the past, heartbreak, loss and alienation, but they may yet, perhaps, finally find healing
and belonging.

Through a love story spanning an era of Indian and Irish history, The Tainted describes the continued disconnect that many Anglo-Indians live in, unable to come to terms with being unwanted in the country they consider ‘home’ (the land of their White fathers), the bitterness they pass down to their children and their mutually conflicted relationship with a country they are unsure whether to call their own.

Cauvery Madhavan was born and educated in India. She worked as a copywriter in her hometown of Chennai (formerly Madras). Cauvery moved to Ireland thirty-three years ago and has been in love with the country ever since. Here other books are: Paddy Indian and The Uncoupling. She lives with her husband and three children in beautiful County Kildare
Save this product for later