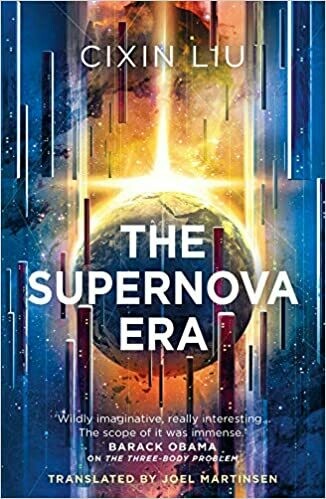 Eight years ago and eight light years away, a supermassive star died.

Tonight, a supernova tsunami of high energy will finally reach Earth. Dark skies will shine bright as a new star blooms in the heavens and within a year everyone over the age of thirteen will be dead, their chromosomes irreversibly damaged.

And so the countdown begins.

Parents apprentice their children and try to pass on the knowledge they'll need to keep the world running.

But the last generation may not want to carry the legacy of their parents' world. And though they imagine a better, brighter future, they may not be able to escape humanity's dark instincts...

Cixin Liu is China’s number one SF writer and author of The Three-Body Problem— the first ever translated novel to win a Hugo Award. Prior to becoming a writer, Liu worked as an engineer in a power plant in Yangquan.
Save this product for later