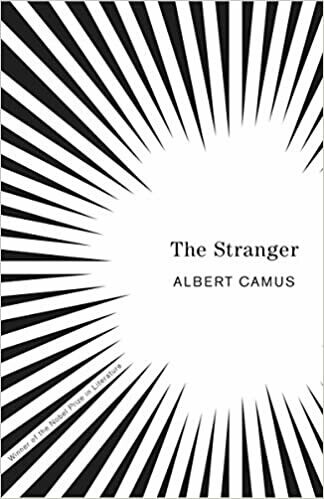 Since it was first published in English, in 1946, Albert Camus's first novel, The Stranger(L'etranger), has had a profound impact on millions of American readers. Through this story of an ordinary man who unwittingly gets drawn into a senseless murder on a sundrenched Algerian beach, Camus explored what he termed '' the nakedness of man faced with the absurd.''

Now, in an illuminating new American translation, extraordinary for its exactitude and clarity, the original intent of The Stranger is made more immediate. This haunting novel has been given a new life for generations to come.

One of the leading literary masterminds of the 20th century, Albert Camus is a French author, journalist, and well renowned philosopher. His strong inclinations towards the ideas of individuality and sexual freedom is best reflected in his literary works which include The Plague and The Fall. He has also been awarded the prestigious Nobel Prize for his work in the field of literature in 1957. He was always classified as an absurdist during his own lifetime even though he firmly believed that he did not belong in the category. He however did make a genuine effort using his work to disprove theories of nihilism, which he felt strongly against.