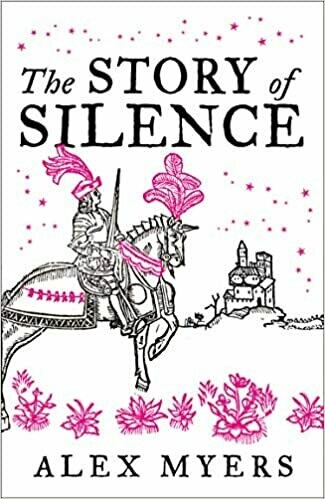 The Story of Silence

There was once, long ago, a foolish king who decreed that women should not, and would not, inherit. Thus when a girl-child was born to Lord Cador – Merlin-enchanted fighter of dragons and Earl of Cornwall – he secreted her away: to be raised a boy so that the family land and honour would remain intact.

That child’s name was Silence.

Silence must find their own place in a medieval world that is determined to place the many restrictions of gender and class upon them. With dreams of knighthood and a lonely heart to answer, Silence sets out to define themselves.

Soon their silence will be ended.

What follows is a tale of knights and dragons, of brads, legends and dashing strangers with hidden secrets. Taking the original French legend as his starting point, Alex Myers weaves a rich story of identity and heart- of finding a way to voice who you are in a world that doesn't wnt to listen...

Alex Myers is a writer, teacher, and speaker. Born and raised in Paris, Maine, Alex was raised as a girl (Alice) and left Maine to attend boarding school at Phillips Exeter Academy. At Exeter, Alex came out as transgender, returning his senior year as a man after attending for three years as a woman, and was the first transgender student in that Academy’s history.

After Exeter, Alex earned his bachelor’s at Harvard University, studying Near Eastern Languages and Civilizations. Alex was also the first openly transgender student at Harvard and worked to change the University’s nondiscrimination clause to include gender identity.

Subsequent to earning a master’s degree in religion at Brown, Alex has pursued a career in teaching, as a transgender advocate, and as an active journalist contributing to the Guardian, THEM and other publications. He currently lives in New Hampshire with his wife and two cats. The Story of Silence is his first book for Voyager.