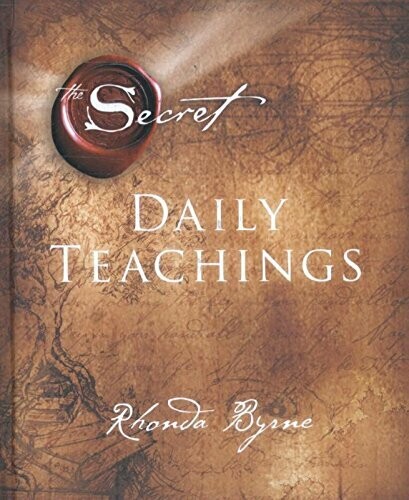 The Secret contains clear principles on how to live your life in accordance with the natural laws of the Universe, but the important thing for every person is to LIVE IT.

Now, with The Secret Daily Teachings, Rhonda Byrne takes you through a year of teachings, sharing wisdom and insights for living in harmony with the laws that govern all human beings, so that you may become the master of your life.

Building upon The Secrets powerful truths, your knowledge of the law of attraction is about to expand far beyond what you can imagine. More joy, more abundance, more magnificence - every single day of the year.

Rhonda was born in Australia and began her career as a radio producer before moving into television production. Many of her shows won industry awards and were screened in major countries outside Australia. Rhonda's experience, background and skill in film and television production were instrumental in the creation of The Secret film. In May of 2007, she was recognized as one of the world's most influential people in TIME magazine's 'The TIME 100: The People Who Shape Our World"', and shortly afterwards appeared in Forbes' The Celebrity 100 List'. Rhonda currently lives just outside Los Angeles.