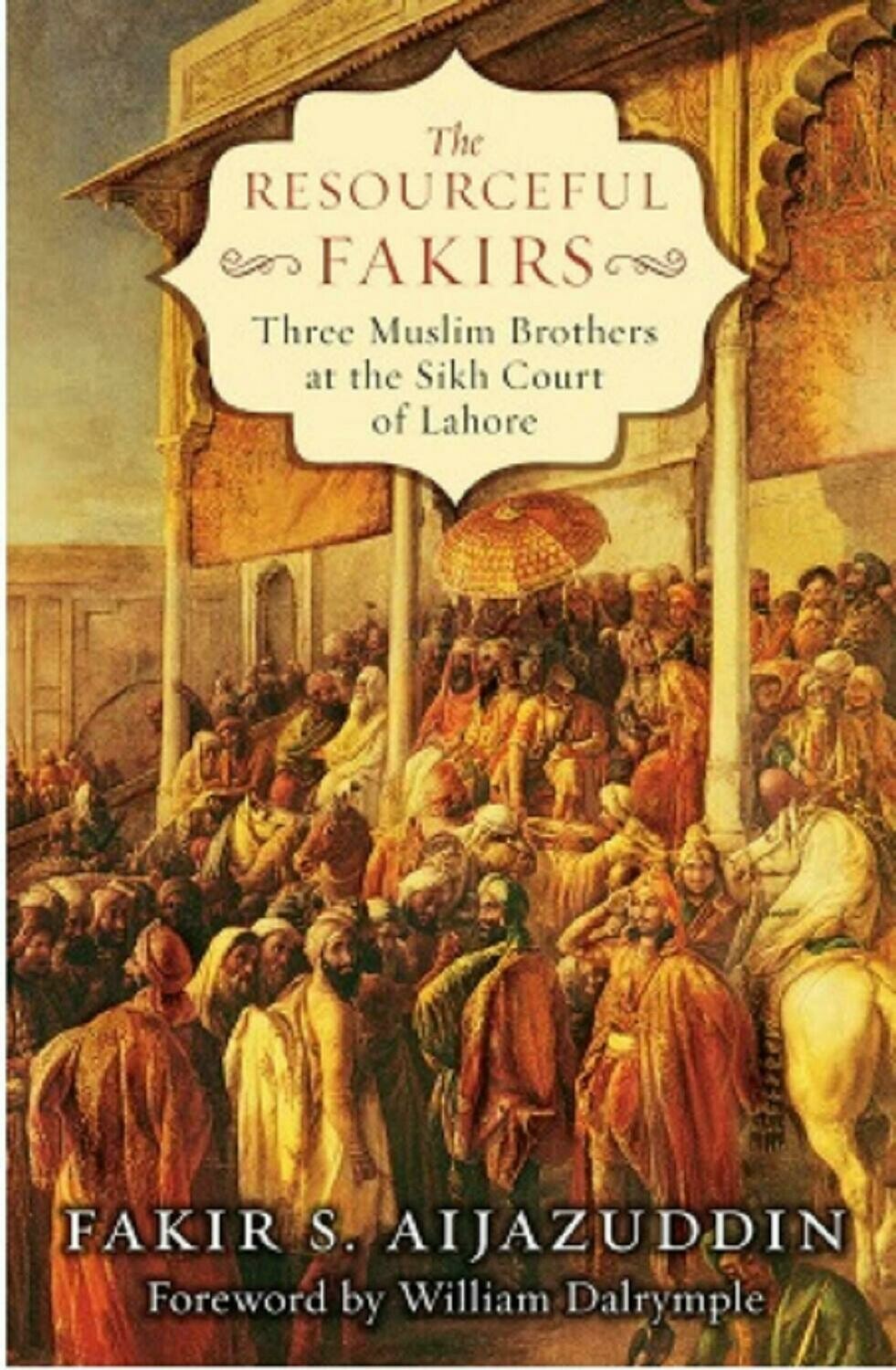 The Resourceful Fakirs: Three Muslim Brothers at the Sikh Court of Lahore

Between 1801 and 1839, under Maharaja Ranjit Singh, the Punjab was welded for the first and only time in its tumultuous history into a unified kingdom. For a brief and glorious period, it was one of the most progressive and powerful empires in the world. The Resourceful Fakirs traces the history of this colourful period in an original and intriguing way—through the careers of three Muslim brothers who were courtiers at the Sikh Darbar of Lahore.

Fakir Azizuddin, the eldest, served as the Maharaja’s indispensable spokesman and trusted negotiator in all the dealings Ranjit Singh had with the neighbours surrounding his kingdom, including the increasingly powerful British. It was a tribute to Azizuddin’s skill that throughout the 30 years of their association, he enjoyed the complete confidence of the canny Maharaja. Fakir Imamuddin, the second brother, held the keys to Govindgarh Fort (near Amritsar) where the fabled Sikh treasury and armoury were located. The youngest, Fakir Nuruddin, occupied a position of prominence at the court and, after Ranjit Singh’s death, acted as a member of the Regency Council during the minority of the young Maharaja Duleep Singh. Through the stories of these brothers emerges a remarkable portrait of the Sikh Empire at its zenith, before its spectacular fall.

With rare portraits, maps and period photographs enhancing the text, this is fascinating and thoroughly researched history told in compelling prose.

Fakir Syed Aijazuddin was born in 1942 and educated at Aitchison College (Lahore) and Berkhamsted School (Hertfordshire, UK). He is an internationally recognised art historian and author of several acclaimed books, including Pahari Paintings and Sikh Portraits in the Lahore Museum; Lahore Recollected: An Album and The White House & Pakistan. He is also a feature writer for Dawn, Pakistan’s leading English language newspaper
Save this product for later
Display prices in: INR