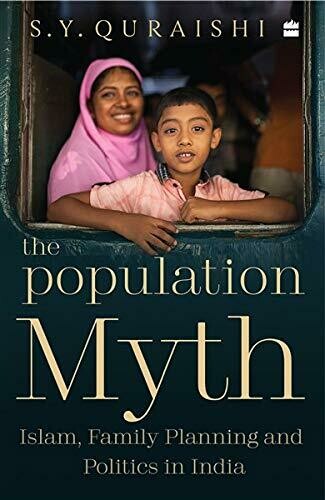 The Population Myth: Islam, Family Planning and Politics in India

The Population Myth reveals how the right-wing spin to population data has given rise to myths about the 'Muslim rate of growth', often used to stoke majoritarian fears of a demographic skew. The author, S.Y. Quraishi, uses facts to demolish these, and demonstrates how a planned population is in the interest of all communities.

The book delves into the Quran and the Hadith to show how Islam might have been one of the first religions in the world to actually advocate smaller families, which is why several Islamic nations today have population policies in place. This busts the other myth - that Muslims shun family planning on religious grounds.

Based on impeccable research, this is an important book from a credible voice about the politicization of demographics in India today.

S.Y. Quraishi joined the Indian Administrative Service in 1971 and rose to become the seventeenth chief election commissioner of India. In October 2017, he was appointed ambassador of democracy by International IDEA (Institute of Democracy and Electoral Assistance), Stockholm, of which he is a board member.