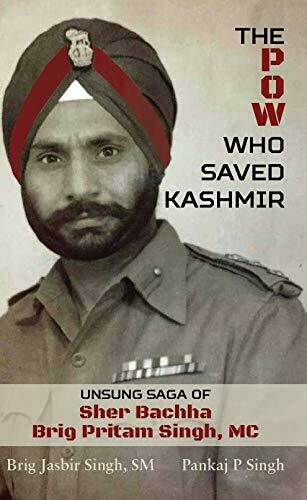 One man stood like a rock between Pakistani Lashkars and Poonch in Nov 1947. Forty thousand refugees depended on him for a year for food, shelter and protection from the raiders. Braving all odds, he constructed an airstrip for legendary pilots like Baba Mehar Singh to fly in supplies and ammunition till the siege broke.

This man was a hero. He led his forces to victory in the Battle of Shalateng saving Srinagar before Poonch.

This man had an iron will. Held as a POW by the Japanese in Singapore, he escaped with two fellow officers, travelling through enemy-held Malaya, Thailand and Burma for six months before reaching India. The British awarded him the Military Cross (MC).

This man served India like no other. But his Generals punished him, denied him justice, court-martialled and dismissed him. They stripped him of his medals, but couldn’t take away his MC. He died forlorn and unsung.

This man was Brigadier Pritam Singh,MC. The people of Poonch call him Sher Bachha and worship him. Even today.

This soldier-patriot deserves to have his honour restored. This is his story.