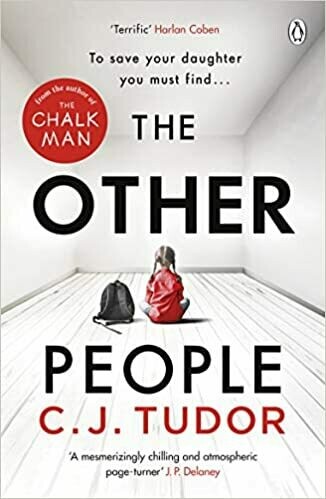 Driving home one night, Gabe sees the face of a little girl he knows in the rear window of the car in front. She mouths one word - 'Daddy'. He never sees his five-year-old daughter, Izzy, again. The police believe she's dead. But three years later, Gabe still drives the roads, searching for the car that took Izzy, never giving up hope... Fran and her daughter, Alice, aren't searching - but running. Always one step ahead of the people who want to hurt them. Because Fran knows the truth about gabe's daughter - and she knows what those chasing her and Alice will do if they ever catch them...

C. J. Tudor's love of writing, especially the dark and macabre, started young. When her peers were reading Judy Blume, she was devouring Stephen King and James Herbert.
Over the years she has had a variety of jobs, including trainee reporter, radio scriptwriter, dog walker, voiceover artist, television presenter, copywriter and, now, author.
Her first novel, The Chalk Man, was a Sunday Times bestseller and has sold in over forty countries. Her second novel, The Taking of Annie Thorne, was also a Sunday Times bestseller as was her third novel The Other People.
She lives in Sussex with her family.