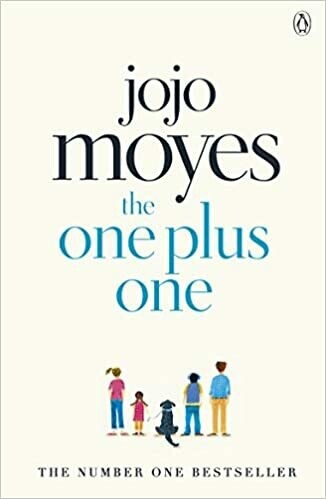 The One Plus One

Jess Thomas has two jobs and two kids and never enough money. And when life knocks her down she does her best to bounce right back. But no one told her it's okay to ask for help.

Ed Nicholls is the good guy gone bad. He had it all, then one stupid mistake cost him everything. Now he'll do anything to make it right.

Ed doesn't want to save anyone and Jess doesn't want saving, but could Jess and Ed add up to something better together?

Jojo Moyes is a novelist and journalist. Her books include the bestsellers Me Before You, After You and Still Me, The Girl You Left Behind, The One Plus One and her short story collection Paris for One and Other Stories. The Giver of Stars is her most recent bestseller and Reese Witherspoon Book Club Pick. Her novels have been translated into forty-six languages, have hit the number one spot in twelve countries and have sold over thirty-eight million copies worldwide.

Me Before You has now sold over fourteen million copies worldwide and was adapted into a major film starring Sam Claflin and Emilia Clarke. Jojo lives in Essex.