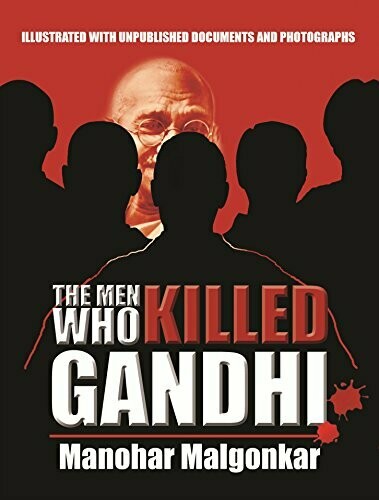 The Men Who Killed Gandhi

A moving account of Mahatma Gandhi’s assassination with details of the plan, the politics revolving around the division of cash balances between the two nations and the trial of Nathuram Godse and his partners in crime. The book looks at the reasons why Mahatma Gandhi was killed and how these five men came together and planned to kill the Mahatma. Illustrated with unpublished documents and photographs, this book is a must read.

Manohar Malgonkar is an Indian author and columnist. His published works include Inside Goa, A Teller of Tales, Cactus Country, Shalimar, The Devil s Wind, Spy in Amber, Bandicoot Run, Bombay Beware, Chatrapatis of Kolhapur, Distant Drum, and Dropping Names. His writing explores various social, historical, and biographical themes. It often draws on the events surrounding Indian Independence as a backdrop for his plots. Manohar Malgonkar was born under royal lineage on July 12, 1913. He graduated from Bombay University and went on to serve as an officer in the Maratha Light Infantry. He was also a civil servant, a hunter, a farmer, and a mine owner. Malgonkar contributed columns regularly to Indian newspapers like Deccan Herald and The Statesman. He lived near Belgaum, Karnataka. His only daughter, Sunita, died in 1998. Malgonkar passed away on June 14, 2010.
Save this product for later
Display prices in: INR