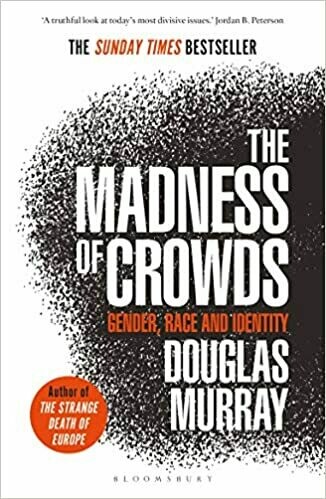 The Madness of Crowds: Gender, Race and Identity

In The Madness of Crowds Douglas Murray investigates the dangers of 'woke' culture and the rise of identity politics. In lively, razor-sharp prose he examines the most controversial issues of our moment: sexuality, gender, technology and race, with interludes on the Marxist foundations of 'wokeness', the impact of tech and how, in an increasingly online culture, we must relearn the ability to forgive.

One of the few writers who dares to counter the prevailing view and question the dramatic changes in our society – from gender reassignment for children to the impact of transgender rights on women – Murray's penetrating book, now published with a new afterword taking account of the book's reception and responding to the worldwide Black Lives Matter protests, clears a path of sanity through the fog of our modern predicament.

Douglas Murray is an author and journalist based in Britain. His latest book, The Strange Death of Europe: Immigration, Identity, Islam, was published by Bloomsbury Continuum in May 2017. It spent almost 20 weeks on the Sunday Times bestseller list and was a No. 1 bestseller in non-fiction. It has subsequently been published in more than 20 languages worldwide and has been read and cited by politicians around the world. The Evening Standard described it as, 'By far the most compelling political book of the year.'

Murray has been a contributor to the Spectator since 2000 and has been Associate Editor at the magazine since 2012. He has also written regularly for numerous other outlets including the Wall Street Journal, The Times, The Sunday Times, the Sun, Evening Standard and the New Criterion. He is a regular contributor to National Review and has been a columnist for Standpoint magazine since its founding.