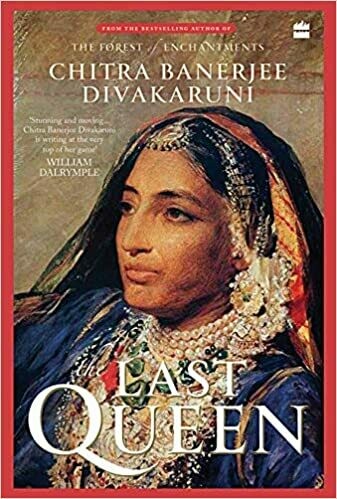 Daughter of the royal kennel keeper, the beautiful Jindan Kaur went on to become Maharaja Ranjit Singh's youngest and last queen; his favourite. She became regent when her son Dalip, barely six years old, unexpectedly inherited the throne. Sharp-eyed, stubborn, passionate, and dedicated to protecting her son's heritage, Jindan distrusted the British and fought hard to keep them from annexing Punjab. Defying tradition, she stepped out of the zenana, cast aside the veil and conducted state business in public. Addressing her Khalsa troops herself, she inspired her men in two wars against the 'firangs'. Her power and influence were so formidable that the British, fearing an uprising, robbed the rebel queen of everything she had, including her son. She was imprisoned and exiled. But that did not crush her indomitable will.

An exquisite love story of a king and a commoner, a cautionary tale about loyalty and betrayal, and a powerful parable of the indestructible bond between mother and child, Chitra Banerjee Divakaruni's unforgettable novel brings alive one of the most fearless women of the nineteenth century, an inspiration for our times.

Chitra Banerjee Divakaruni is an award-winning and bestselling author, poet and activist. Her work has been published widely, and her books have been translated into twenty-nine languages. Several of her works have been made into films and plays. Her last novel was the bestseller, The Forest of Enchantments, a retelling of the Ramayana in Sita's voice. She lives in Houston. Chitra tweets @cdivakaruni and she loves to connect with her readers on her Facebook page: https://www.facebook.com/chitradivakaruni/.