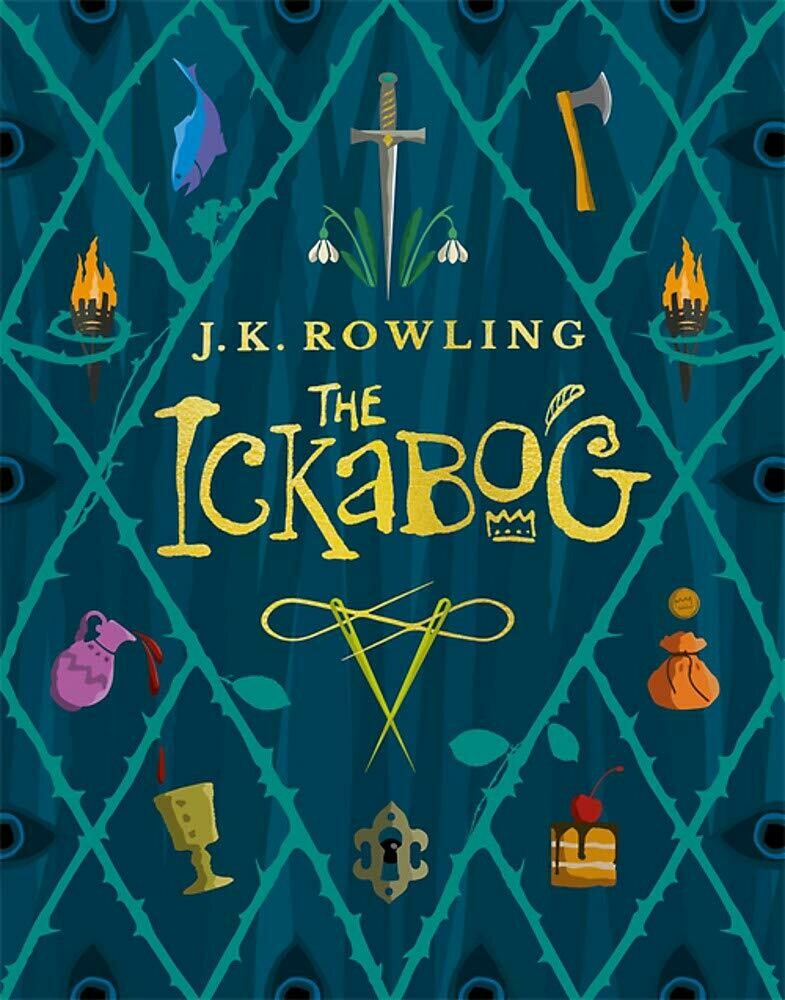 The Ickabog is coming… A mythical monster, a kingdom in peril, an adventure that will test two children’s bravery to the limit. Discover a brilliantly original fairy tale about the power of hope and friendship to triumph against all odds, from one of the world’s best storytellers.

The kingdom of Cornucopia was once the happiest in the world. It had plenty of gold, a king with the finest moustaches you could imagine, and butchers, bakers and cheesemongers whose exquisite foods made a person dance with delight when they ate them.

Everything was perfect – except for the misty Marshlands to the north which, according to legend, were home to the monstrous Ickabog. Anyone sensible knew that the Ickabog was just a myth, to scare children into behaving. But the funny thing about myths is that sometimes they take on a life of their own.

Could a myth unseat a beloved king? Could a myth bring a once happy country to its knees? Could a myth thrust two children into an adventure they didn’t ask for and never expected?

If you’re feeling brave, step into the pages of this book and discover a brilliantly original fairy tale from one of the world's greatest storytellers. Packed with larger than life characters, extraordinary events, and an unforgettable message about the power of hope and friendship, this is a story that readers young and old will want to return to, again and again.

J.K. Rowling is the author of the seven Harry Potter books, which have sold over 500 million copies, been translated into over 80 languages, and made into eight blockbuster films. She has also written three short companion volumes for charity, including Fantastic Beasts and Where to Find Them, which later became the inspiration for a new series of films, also written by J.K. Rowling. She then continued Harry’s story as a grown-up in a stage play, Harry Potter and the Cursed Child, which she wrote with playwright Jack Thorne and director John Tiffany.

J.K. Rowling has received many awards and honours for her writing. She also supports a number of causes through her charitable trust, Volant, and is the founder of the children’s charity Lumos.

For as long as she can remember, J.K. Rowling has wanted to be a writer, and is at her happiest in a room, making things up. She lives in Scotland with her family.

The Ickabog was initially published online for families to enjoy during lockdown in 2020 and is beautifully illustrated by the young winners of The Ickabog artwork competition.