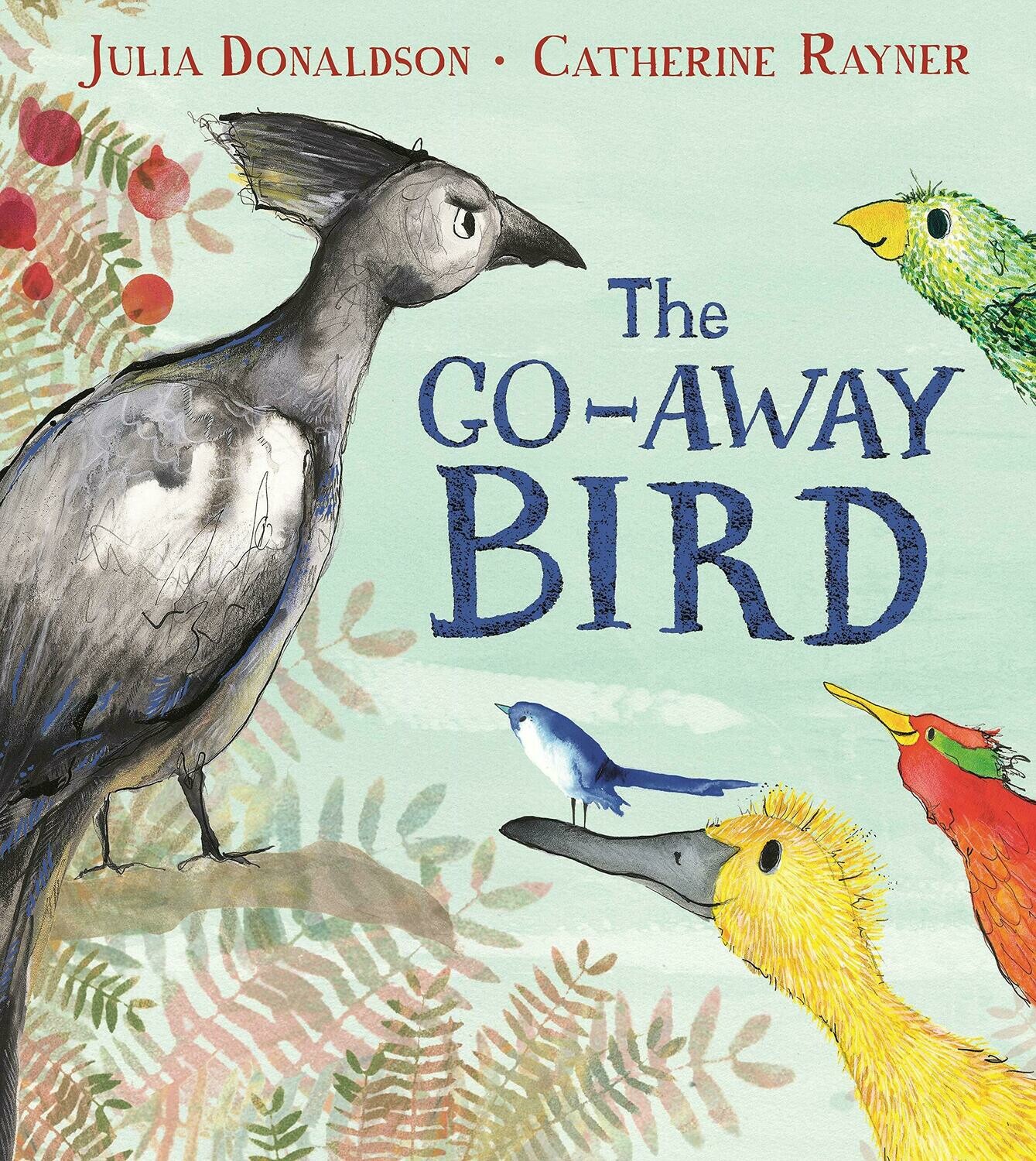 The other birds are keen to talk and play with her, but the Go-Away bird just wants to be left alone. When she finds herself in trouble, however, she soon realizes that everyone needs a friend or two.

Julia Donaldson has written some of the world's best-loved children's books, including modern classics The Gruffalo and The Gruffalo's Child, which together have sold over 17 million copies worldwide, and the hugely successful What the Ladybird Heard adventures. Julia also writes fiction, including the Princess Mirror-Belle books illustrated by Lydia Monks, as well as poems, plays and songs – and her brilliant live shows are always in demand. She was the UK Children’s Laureate 2011-13 and has been honoured with a CBE for Services to Literature. Julia and her husband Malcolm divide their time between West Sussex and Edinburgh.

Catherine Rayner studied illustration at Edinburgh College of Art. She fell in love with the city and still lives there with her family and a small menagerie of creatures including Shannon the horse, Ena the cat and a goldfish called Richard, all of whom inspire her artwork. In 2008 Catherine was selected as one of the Ten Best New Illustrators for Booktrust's Big Picture Campaign. She has been short-listed for the prestigious Kate Greenaway Medal four times, and won in 2009 for Harris Finds His Feet. In addition to illustrating for other authors such as Michael Bond, Holly Webb and Michael Morpurgo, she has also written her own picture books, including Ernest, Solomon Crocodile, Solomon and Mortimer and Smelly Louie, which won the Peter's Book of the Year award in 2015.