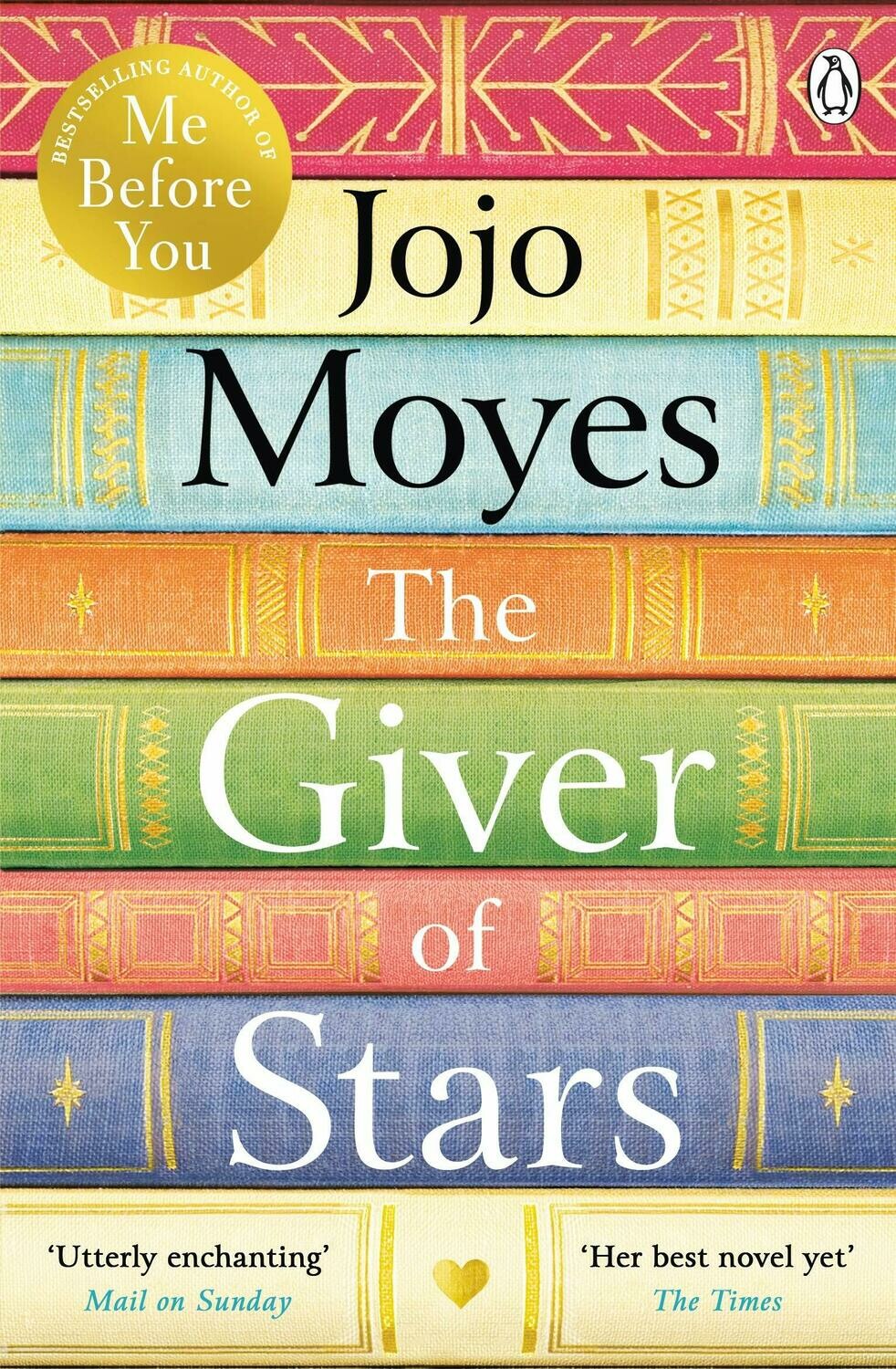 The Giver of Stars

England, late 1930s, and Alice Wright - restless, stifled - makes an impulsive decision to marry wealthy American Bennett Van Cleve and leave her home and family behind.
But stuffy, disapproving Baileyville, Kentucky, where her husband favours work over his wife and is dominated by his overbearing father, is not the adventure - or the escape - that she hoped for.
That is, until she meets Margery O'Hare, a troublesome woman - and daughter of a notorious felon - the town wishes to forget.
Margery's on a mission to spread the wonder of books and reading to the poor and lost - and she needs Alice's help.
Trekking alone under big open skies, through wild mountain forests, Alice, Margery and their fellow sisters of the trail discover freedom, friendship - and a life to call their own.
But when the town turns against them, will their belief in one another - and the power of the written word - be enough to save them?

Jojo Moyes was born in 1969 and grew up in London. After a varied career including stints as a minicab controller, typer of braille statements for blind people for NatWest, and brochure writer for Club 18-30 she did a degree at Royal Holloway and Bedford New College, London University. In 1992 She won a bursary financed by The Independent newspaper to attend the postgraduate newspaper journalism course at City University, and apart from 1994 when she worked in Hong Kong for the Sunday Morning Post, she worked at The Independent for ten years, including stints as Assistant news editor and Arts and Media Correspondent.

She has been a full time novelist since 2002, when her first book, Sheltering Rain was published. She lives on a farm in Essex with her husband, journalist Charles Arthur, and their three children.