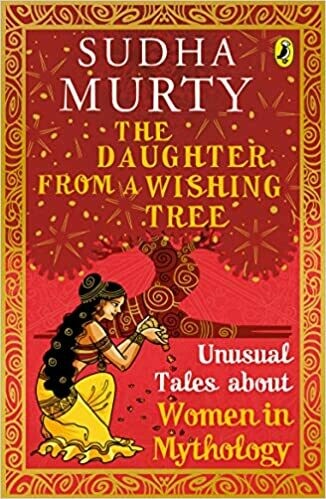 The Daughter from a Wishing Tree: Unusual Tales about Women in Mythology

The women in Indian mythology might be fewer in number, but their stories of strength and mystery in the pages of ancient texts and epics are many. They slayed demons and protected their devotees fiercely. From Parvati to Ashokasundari and from Bhamati to Mandodari, this collection features enchanting and fearless women who frequently led wars on behalf of the gods, were the backbone of their families and makers of their own destinies.

India's much-loved and bestselling author Sudha Murty takes you on an empowering journey-through the yarns forgotten in time-abounding with remarkable women who will remind you of the strong female influences in your life.

Sudha Murty was born in 1950 in Shiggaon, north Karnataka. She did her MTech in computer science, and is now the chairperson of the Infosys Foundation. A prolific writer in English and Kannada, she has written novels, technical books, travelogues, collections of short stories and non- fictional pieces, and several bestselling titles for children. Her books have been translated into all the major Indian languages. Sudha Murty is the recipient of the R.K. Narayan Award for Literature (2006), the Padma Shri (2006), the Attimabbe Award from the Government of Karnataka for excellence in Kannada literature (2011) and most recently, the Lifetime Achievement Award at the 2018 Crossword Book Awards.