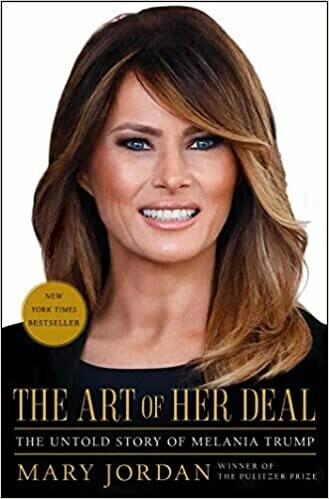 The Art of Her Deal: The Untold Story of Melania Trump

Several of Trump's aides said that Melania needed to be seen in public with him immediately. They wanted a joint TV appearance, where she would sit beside him and say that the words on the tape in no way reflected the man she admired. Some said that Ivanka, Trump's elder daughter, should join them, too, and that both women should look into the camera and say how much Trump respects women. Trump aides played the tape of Hillary Clinton joining her husband on a 60 Minutes interview when allegations of infidelity arose during the 1992 campaign. They watched to see by how close Hillary sat to her husband, what phrases she used to stand by her man. When Melania eventually joined the strategy session, she had a one word reply: " No" She said she would decide on her own what to do. And right now she was not going on television with her husband.

Mary Jordan is a Pulitzer Prize–winning reporter for The Washington Post and a bestselling author. Her book, Trump on Trial, coauthored with her husband and Washington Post colleague Kevin Sullivan, features reporting from dozens of Washington Post journalists, and traces the investigation, acquittal, and aftermath of the impeachment of Donald Trump. Jordan’s New York Times bestselling book, The Art of Her Deal, an unauthorized biography of Melania Trump, was published in June 2020. Jordan and Sullivan are also authors of the #1 New York Times bestseller, Hope: A Memoir of Survival in Cleveland, the story of Amanda Berry and Gina DeJesus, who were kidnapped in Cleveland and held for a decade. They previously wrote The Prison Angel: Mother Antonia’s Journey from Beverly Hills to a Life of Service in a Mexican Jail. They were the Washington Post’s co-bureau chiefs in Tokyo, Mexico City, and London for fourteen years.
Save this product for later