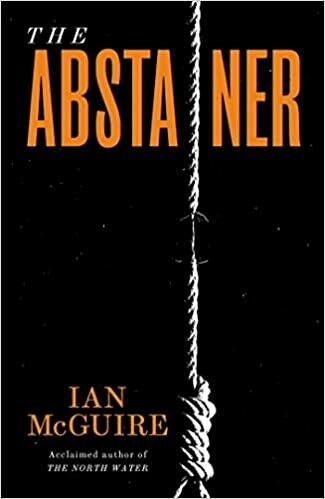 Manchester, 1867: Stephen Doyle, an Irish-American veteran of the Civil War, arrives from joined the Fenians, a secret society intent on ending British rule in Ireland by any means necessary. head Constable James O'Connor has fled grief and drink in Dublin for a sober start in Manchester. His job is to discover and thwart the Fenians' plans whatever they might be. When a long-lost nephew returns from America and arrives on O'Connor's doorstep looking for Work, he Cannot foresee the way his fragile new life will be imperilled- and how his and Doyle's fates will be intertwined.

In this propulsive tale of the underground war for Irish independence, master storyteller Ian McGuire once again transports readers to a time when blood begot blood. Moving from the dirt and uproar of industrial Manchester to the quiet hills of Pennsylvania, The Abstainer is a searing novel in which two men, haunted by their pasts and driven froward by the need for justice and retribution, must fight for life and legacy.