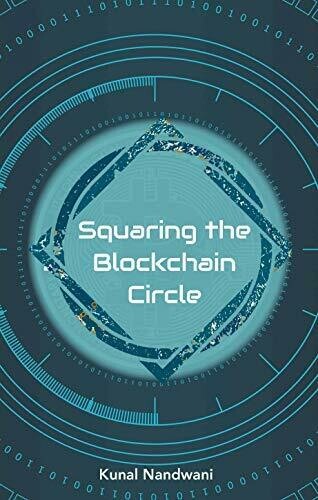 The hype-fog surrounding the blockchain and its offspring crypto currencies is peaking, and this book slices through it. Is the blockchain revolutionary in scope? Absolutely. Will it all play out in line with the investment dollars? Not at all. Squaring the Blockchain Circle critiques the blockchain ecosystem.

ICOs have resulted in some twenty billion dollars flowing into projects even as bubble indicators flash red. Bitcoin has the Midas touch. But there’s manifest blindness elsewhere, and Kunal decimates most half-baked, misconceived blockchain applications attracting funding. The book highlights that very few tokens will deliver lasting value as the next Google or Amazon, and there will be a crash before things normalise. As the co-founder and CEO of uTrade and Hashcove, Kunal has been a part of the euphoria surrounding this technology, as well as a student of its superb prowess.

Divided into three parts, Part I of the book narrates the origin of the blockchain culminating in the ICO boom. The second discusses four specific aspects — decentralisation, trust and truth, security and scalability.

Part III exposes the fallacy of viewing every database as a nail for the blockchain hammer, debates the value embedded in tokens, their mispricing and susceptibility to fraud and finally highlights the blockchain as futuristic technology.

If this book succeeds in engrossing you in an unfolding vision with your feet planted firmly on the ground, the blockchain circle will stand squared.

Kunal is a startup entrepreneur, the co-founder and CEO of two fintech firms, uTrade Solutions - an algorithmic trading firm, and Hashcove - a UK-based blockchain solutions firm.

Kunal is also a co-founder of the Chandigarh Angels Network in India, and of Earthr.org, an upcomping sustainability-focussed crowdsourcing social platform.