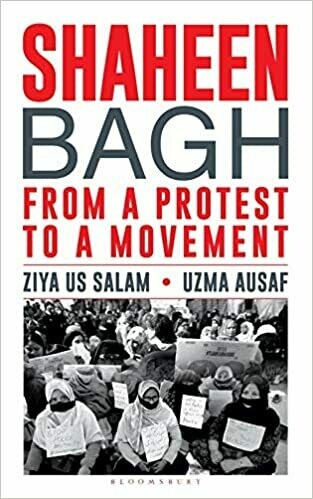 Shaheen Bagh: From a Protest to a Movement

From Delhi to Chennai, a million Shaheen Baghs. A copy of the Constitution in one hand, the tricolour in the other, Shaheen Bagh became a symbol of a vibrant democracy and secular pilgrimage. But who were these women who braved it all?

Shaheen Bagh: From a Protest to a Movement is a moving tale of the brave women of Shaheen Bagh-patient, persevering and unbelievable peaceniks-who raised their voice for the deprived and the discriminated. Initially starting out as a cry of anguish against the allegedly discriminatory laws of the Citizenship Amendment Act and National Register of Citizens, it soon became a modern-day Gandhian movement for equal rights for all citizens. The book is a result of the authors' abiding focus on the movement, including spending time with the brave hearts almost every day of the protest from dawn to dusk and beyond. The authors slept in the open near the protest site to understand what it takes for a ninety-year-old woman to leave the comfort of her bed during a chilly winter night and stand up for the future of each one of us as equal citizens of the country. The book recounts how the women did not abjure ahimsa even when their opponents stooped to barbs and bullets. It recaptures for the reader the riveting cry for democracy that was Shaheen Bagh.

Authors Ziya Us Salam and Uzma Ausaf take us on this glorious journey of the making of Shaheen Bagh and how it became a metaphor for resistance, spawning a hundred Shaheen Baghs across the country in a bid to restore the sanctity of the Constitution, the national flag and the national anthem.

Ziya Us Salam is a noted literary and social commentator. Currently, he is Associate Editor, Frontline, and writes on sociocultural issues for the magazine.

Uzma Ausaf started her career as a journalist withThe Times of India, New Delhi, before joining The Statesman features team.