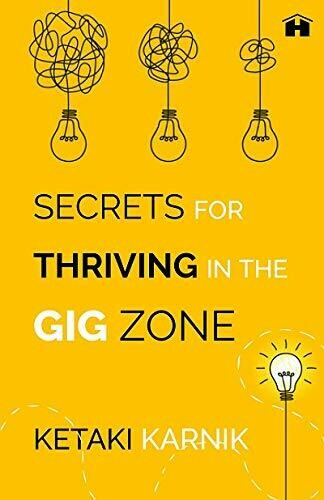 Secrets for Thriving in the Gig Zone

What is gig-ing? Will your job be gig-ed out? How do you succeed in the gig world?

You think that gig-ing is the future of work? Wrong! The gig era is already here. The gig economy is, arguably, the biggest disrupt of Organisational models. Driven by digitisation, remote working, and platform economies, it is transforming the traditional system of Employment. More jobs are now being assigned to individual independent contractors. Gig is no longer the future; it is now. Whether by choice or perforce, you either are a gig-er or will turn into one very soon.

While companies are scrambling to adapt, the impact is most severe at the individual level. Rules of a full-time job do not apply any longer. You will have to reinvent yourself. Thriving in the gig world is not merely about getting your skill set right. It requires mastering four complementary dimensions—gig attitude, gig lifestyle, gig personality, and gig functional skills.

Secrets for thriving in the gig Zone offers practical hacks to win in this booming world. Based on the authors first-hand experiences, this book lays out actionable secrets. Peppered with real-life examples, quotes from other gig-ers, and ready-to-use templates for self-evaluation, this book will steer you to success.

After over a decade and a half in the corporate world, Ketaki Karnik decided to take the plunge into the gig zone. She moved from being a pucca corporate professional in blue-chip companies to an entrepreneur and social impact fund advisor. Exhilarating, terrifying, hugely satisfying, crazy, all in equal measure, is how she describes her ride in the gig world. As a policy researcher and strategist for innovative growth models, she closely follows evolving trends in the business environment, including the future of work. She holds an MBA from the University of Oxford and is passionate about sci-fi and her guitar.
Save this product for later