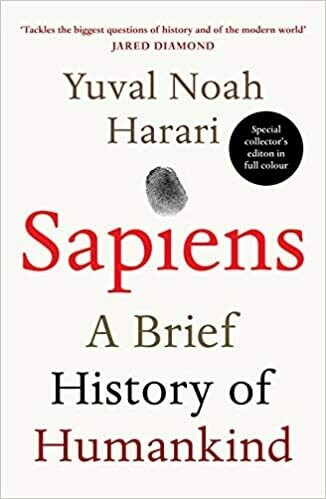 Earth is 4.5 billion years old. In just a fraction of that time, one species among countless others has conquered it: us.

In this bold and provocative book, Yuval Noah Harari explores who we are, how we got here and where we’re going.

Dr Yuval Noah Harari has a PhD in History from the University of Oxford and now lectures at the Hebrew University of Jerusalem, specializing in World History. Sapiens: A Brief History of Humankind has become an international phenomenon attracting a legion of fans from Bill Gates and Barack Obama to Chris Evans and Jarvis Cocker and is published in over 45 languages worldwide. It was a Sunday Times Number One bestseller and was in the Top Ten for over nine months in paperback. His follow-up to Sapiens, Homo Deus: A Brief History of Tomorrow was also a Top Ten Bestseller and was described by the Guardian as ‘even more readable, even more important, than his excellent Sapiens’.
Save this product for later