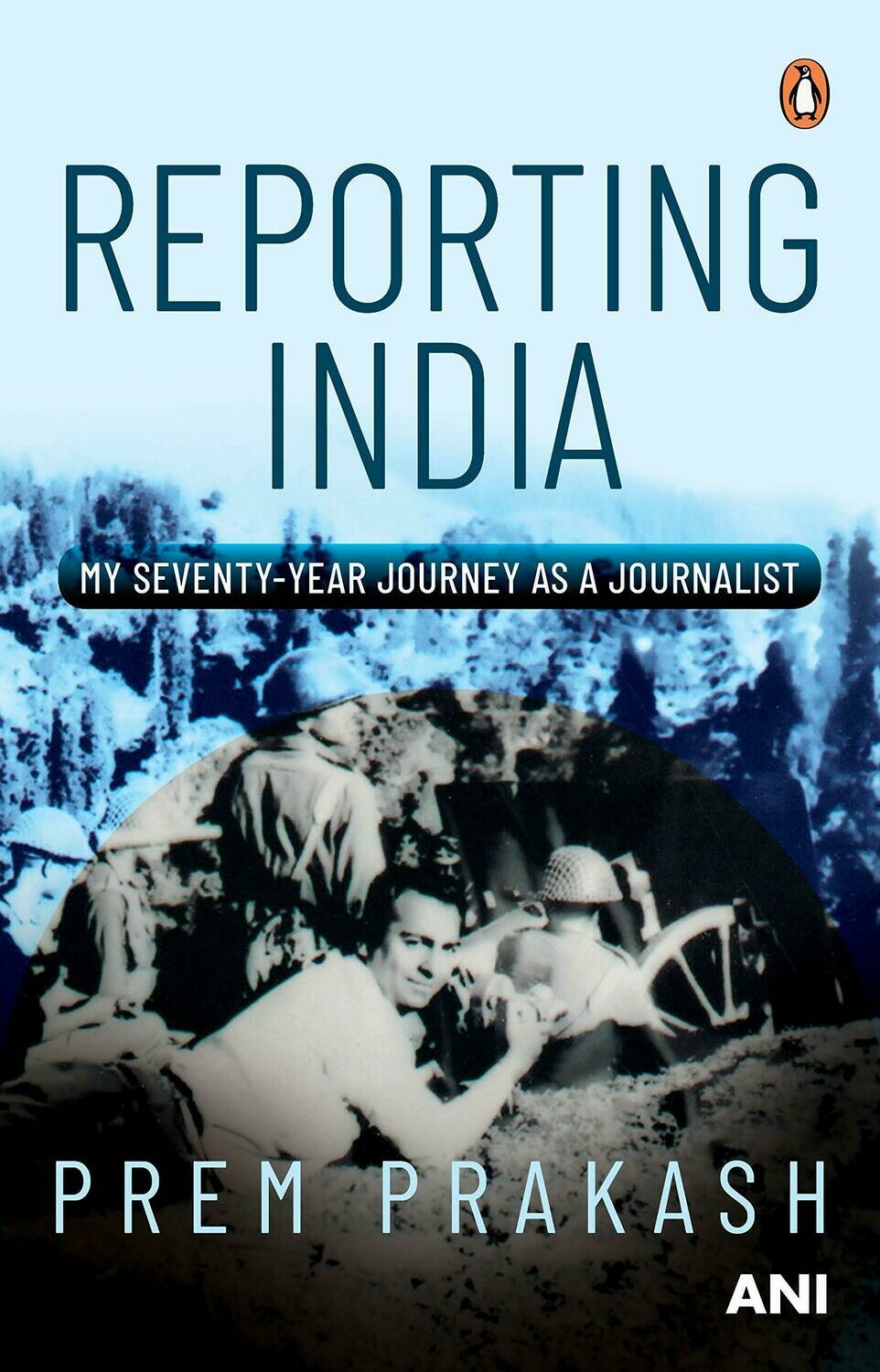 Reporting India: My Seventy-year Journey as a Journalist

Reporting India is a fascinating account of the life and times of Prem Prakash, a pioneer in the field of journalism. Covering major events both in India and abroad, Prakash, over the course of his long and illustrious career as a photographer, film cameraman and columnist, witnessed natural calamities, wars, overthrow of governments and insurgencies.

The book celebrates Prakash’s unparalleled body of work in the field of journalism. Providing a detailed account of his personal and professional life, it includes his reminiscences of the most impactful stories that he covered-including the 1962 Indo-China war, the 1965 and 1971 wars against Pakistan, the Emergency, the assassination of Indira Gandhi and the death of Lal Bahadur Shastri. An intriguing read, Reporting India brings to life some of the defining moments in the history of this country.

PREM PRAKASH, a veteran Indian journalist, has reported on major events in the Indian subcontinent from the '50s to the turn of the century. He has worked with foreign broadcasters-like Gaumont Actualités in France, Deutsche Wochenschau in Germany and Warner-Pathé News in the US-who were the pioneers of their time. In 1957, he was part of a group that launched the news agency Visnews in London.

He has covered some of the most important stories of post-Independence India, including the 1962 Indo-China war. He was at the forefront of war coverage during the 1965 war against Pakistan, climbing Haji Pir with the Indian Army and covering the tank battle in the Sialkot sector, conducted by General Rajinder Singh 'Sparrow' himself.

Prakash has interacted with every prime minister of India and interviewed many of them on camera. He is currently the chairman of ANI, India's premier multimedia news agency, which he helped set up.