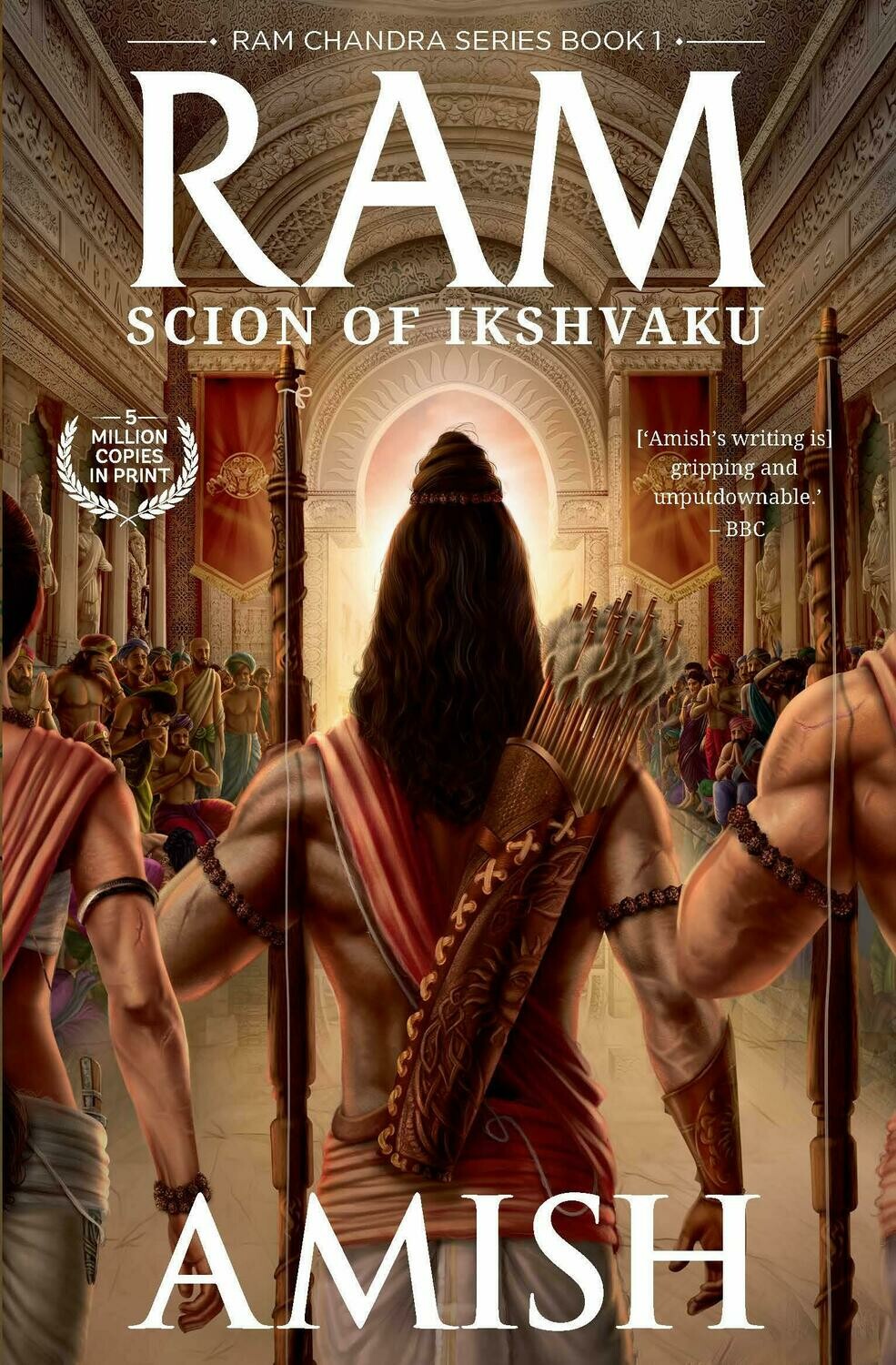 Ram Rajya. The Perfect Land. But perfection has a price. He paid that price.

Ayodhya is weakened by divisions. A terrible war has taken its toll.

The damage runs deep. The demon King of Lanka, Raavan, does not impose his rule on the defeated. He, instead, imposes his trade. Money is sucked out of the empire. The Sapt Sindhu people descend into poverty, despondency and corruption. They cry for a leader to lead them out of the morass.

Little do they appreciate that the leader is among them. One whom they know. A tortured and ostracised prince. A prince they tried to break. A prince called Ram.

He loves his country, even when his countrymen torment him. He stands alone for the law. His band of brothers, his Sita, and he, against the darkness of chaos.

Will Ram rise above the taint that others heap on him? Will his love for Sita sustain him through his struggle? Will he defeat the demon Lord Raavan who destroyed his childhood? Will he fulfil the destiny of the Vishnu?