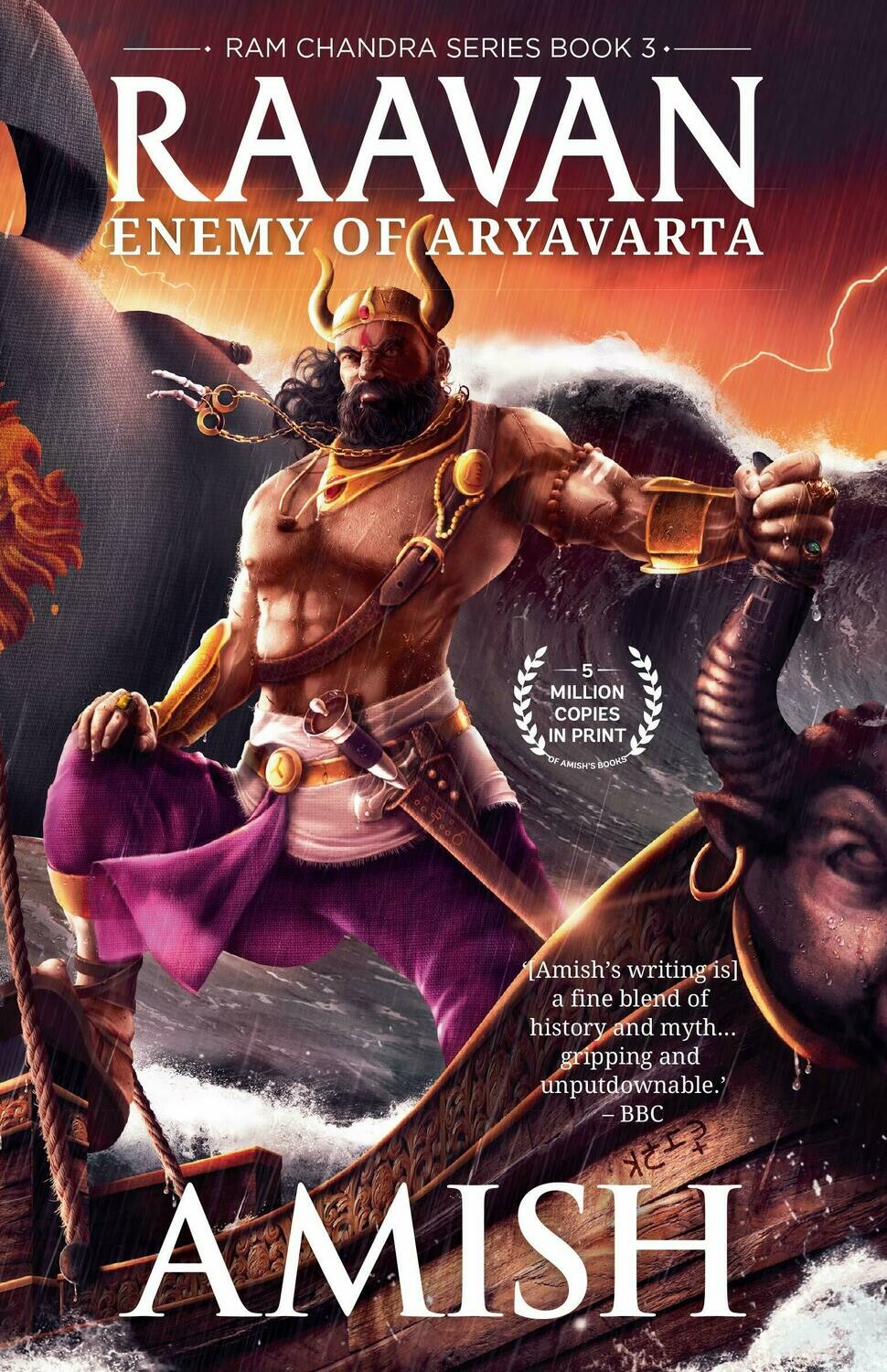 WITHOUT THE DARKNESS, LIGHT HAS NO PURPOSE.

WITHOUT THE VILLAIN, WHAT WOULD THE GODS DO?

A land in tumult, poverty and chaos. Most people suffer quietly. A few rebel. Some fight for a better world. Some for themselves. Some dont give a damn.

Raavan. Fathered by one of the most illustrious sages of the time. Blessed by the Gods with talents beyond all. Cursed by fate to be tested to the extremes.

A formidable teenage pirate, he is filled with equal parts courage, cruelty and fearsome resolve. A resolve to be a giant among men, to conquer, plunder, and seize the greatness that he thinks is his right.

A man of contrasts, of brutal violence and scholarly knowledge. A man who will love without reward and kill without remorse.

This exhilarating third book of the Ram Chandra series sheds light on Ravaan, the king of Lanka. And the light shines on darkness of the darkest kind. Is he the greatest villain in history or just a man in a dark place, all the time?

Read the epic tale of one of the most complex, violent, passionate and accomplished men of all time.

Amish is a 1974-born, IIM (Kolkata)-educated, boring banker turned happy author. The success of his debut book, The Immortals of Meluha (Book 1 of the Shiva Trilogy), encouraged him to give up a fourteen-year-old career in financial services to focus on writing. He is passionate about history, mythology and philosophy, finding beauty and meaning in all world religions. Amishs books have sold more than 5 million copies and have been translated into over 19 languages....