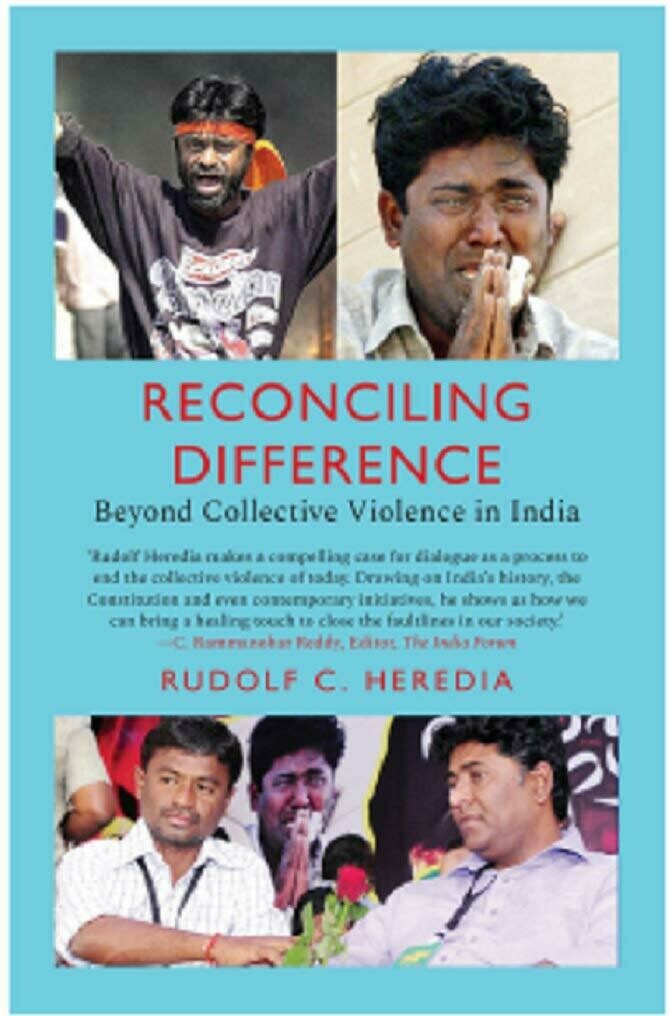 When the British Imperialists left the Indian subcontinent in 1947, they left behind a legacy of governance based on communal and ethnic polarization. Since then, India has been engulfed by religious and ethnic violence—from the Partition to the more recent Gujarat riots of 2002 and Delhi riots of 2020.This trajectory is in direct opposition to the ideals of’ justice, liberty, equality and fraternity’ enshrined in the Indian Constitution. Our increasingly polarized society is now faced with the question: Will India follow the ethnic nationalist route that seems to be becoming a global phenomenon?

Reconciling Difference is the attempt of a concerned citizen and scholar to understand the nature of hate and violence prevalent in India, and find practical ways to restore peace and harmony. In his analysis, Rudolf C. Heredia urges citizens to seek frameworks beyond retributive justice. He suggests returning to the Gandhian ideas of ahimsa—non-violence and compassion—in order to repair the fraying fabric of our society. And recalls Nehru’s ideas of a pluralist and inclusive India, as well as Ambedkar’s idea of the republic in order to restore the country’s damaged polity. Finally, drawing inspiration from the Truth and Justice Commission set up in post-Apartheid South Africa, he urges consistent and reflective dialogues between polarized citizens in order to heal past wounds of collective violence.

Thoughtful, dialogic and painstakingly researched, Reconciling Difference is a book every citizen interested in preserving the secular and democratic ideals of India must read.

Rudolf C. Heredia is an independent writer and researcher based in Mumbai. He has a PhD in Sociology and taught sociology at St Xavier’s College, Mumbai, where he was the founder director of the Social Science Centre. His interests include issues related to religion, education and globalization. Some of his earlier publications include Changing Gods: Rethinking Conversion in India (2007); and Taking Sides: Reservation Quotas and Minority Rights (2012), among others. .
Save this product for later
Display prices in: INR