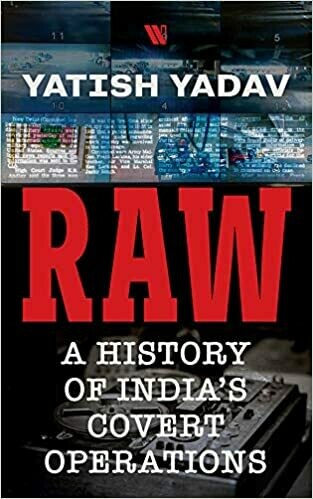 The Research and Analysis Wing, India’s shadowy external intelligence agency, is one of the country’s least understood institutions—at least in part by design. Perhaps fittingly for a spy agency, there is very little information about R&AW in the public domain. What is this organisation, its structure, its role and vision? Why was it set up? Who are the people that run it? Set up in 1968, as a reaction to India’s massive intelligence failure during the war with China, R&AW played a crucial role in the formation of Bangladesh. It has since carried out highly successful covert operations in Fiji, Afghanistan and Sri Lanka, and has countered and foiled Pakistani spy agency ISI’s machinations in the subcontinent. R&AW has operations in other parts of the globe too; it played an important role during the Iran–Iraq war, for instance. No country can increase its global reach without intelligence support. That India has made enormous strides in its stature and influence is testimony to R&AW’s success. Yet, public accounts of its work exist only in highly romanticised fictional stories. Investigative journalist Yatish Yadav follows the lives of real agents and maps their actions in real situations. His conversations with Indian spies provide insight into how covert operations actually work. RAW: A History of India’s Covert Operations is the first comprehensive account of Indian spy networks and their intelligence gathering, and their role in securing and advancing Indian interests.

Yatish Yadav is an investigative journalist based in New Delhi. Of the two-decade long stint in journalism, he has spent more than fifteen years covering intelligence and investigative agencies, and extensively reported on conflicts in Kashmir, Northeast and the red corridor. He entered the field of journalism during the early days of digital media, an opportunity that turned him into a professional photographer. Subsequently, he moved to television and learnt filmmaking. In 2005, he was bestowed with the Best Director Award at the New York International Film Festival for Ropes in their Hands, a documentary exposing an international human trafficking ring operating from Nepal. In his journalistic career, he has worked with prominent newspapers and TV networks of India and the United States. He has had a chance to break some big-ticket stories that defined the news coverage of the time. He also served as Bureau Chief of The New Indian Express in Delhi, handling a team of reporters to generate content for 22 editions and The Sunday Standard. As a hobby, he occasionally paints his thoughts. He is currently an Associate Editor at Network18