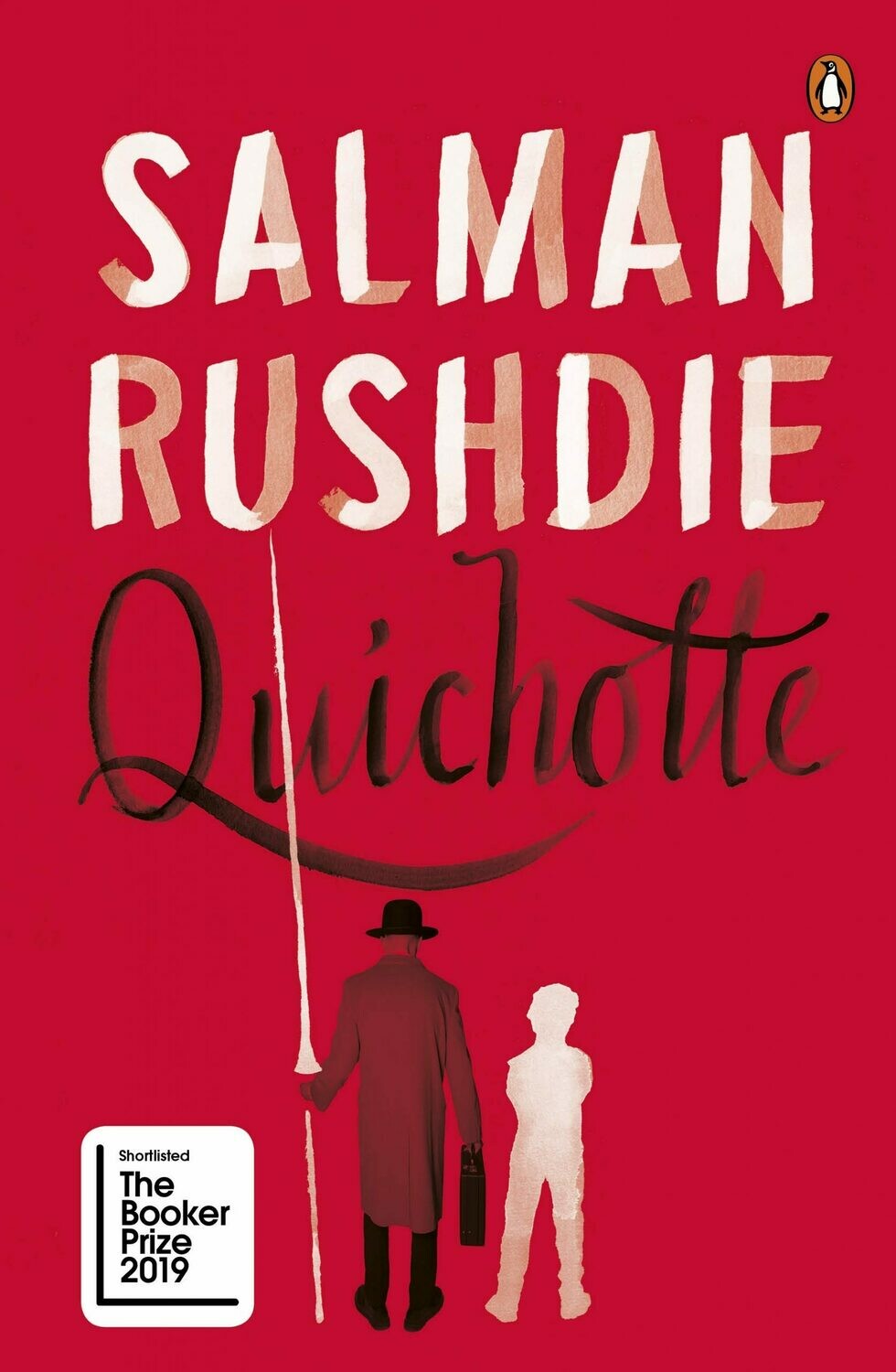 SHORTLISTED FOR THE BOOKER PRIZE 2019

In a tour-de-force that is both an homage to an immortal work of literature and a modern masterpiece about the quest for love and family, Booker Prize-winning, internationally bestselling author Salman Rushdie has created a dazzling Don Quixote for the modern age.
Inspired by the Cervantes classic, Sam DuChamp, mediocre writer of spy thrillers, creates Quichotte, an ageing travelling salesman who falls in impossible love with a TV star. Together with his imaginary son Sancho, Quichotte sets off on a picaresque quest across America to prove worthy of her hand. Meanwhile his creator, in a midlife crisis, has equally urgent challenges of his own.
Just as Cervantes wrote Don Quixote to satirise the culture of his time, Rushdie takes the reader on a wild ride through a country on the verge of moral and spiritual collapse. And with the kind of storytelling magic that is the hallmark of his work, the fully realised lives of DuChamp and Quichotte intertwine in a profoundly human quest for love and a wickedly entertaining portrait of an age in which fact is so often indiscernible from fiction.

Salman Rushdie was born in Bombay in 1947. He is the author of many adult novels including the Booker winning Midnight's Children. He wrote Haroun and Luka for his sons, Zarfar and Milan.
Save this product for later