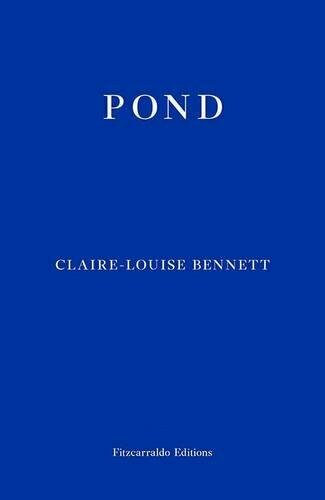 Feverish and forthright, Pond is an absorbing chronicle of the pitfalls and pleasures of a solitudinous life told by an unnamed woman living on the cusp of a coastal town. Broken bowls, belligerent cows, swanky aubergines, trembling moonrises and horrifying sunsets, the physical world depicted in these stories is unsettling yet intimately familiar and soon takes on a life of its own. Captivated by the stellar charms of seclusion but restless with desire, the woman's relationship with her surroundings becomes boundless and increasingly bewildering. Claire-Louise Bennett's startlingly original first collection slips effortlessly between worlds and is by turns darkly funny and deeply moving.

'This is an extraordinary collection of short stories - profoundly original though not eccentric, sharp and tender, funny and deeply engaging. A very new sort of writing, Bennett pushes the boundaries of the short story out into new territory: part prose fiction, part stream of consciousness, often truly poetry and always an acute, satisfying, delicate, honest meditation on both the joys and frustrations of a life fully lived in solitude. Take it slowly, because it is worth it, and be impressed and joyful.

- Sara Maitland, author of A Book of Silence

Claire-Louise Bennett grew up in Wiltshire in the southwest of England. After studying literature and drama at the University of Roehampton in London, she settled in Galway. Her short fiction and essays have been published in The Stinging Fly, The Penny Dreadful, The Moth, Colony, The Irish Times, The White Review and gorse. She was awarded the inaugural White Review Short Story Prize in 2013 and has received bursaries from the Arts Council and Galway City Council. Pond is her first collection of stories.