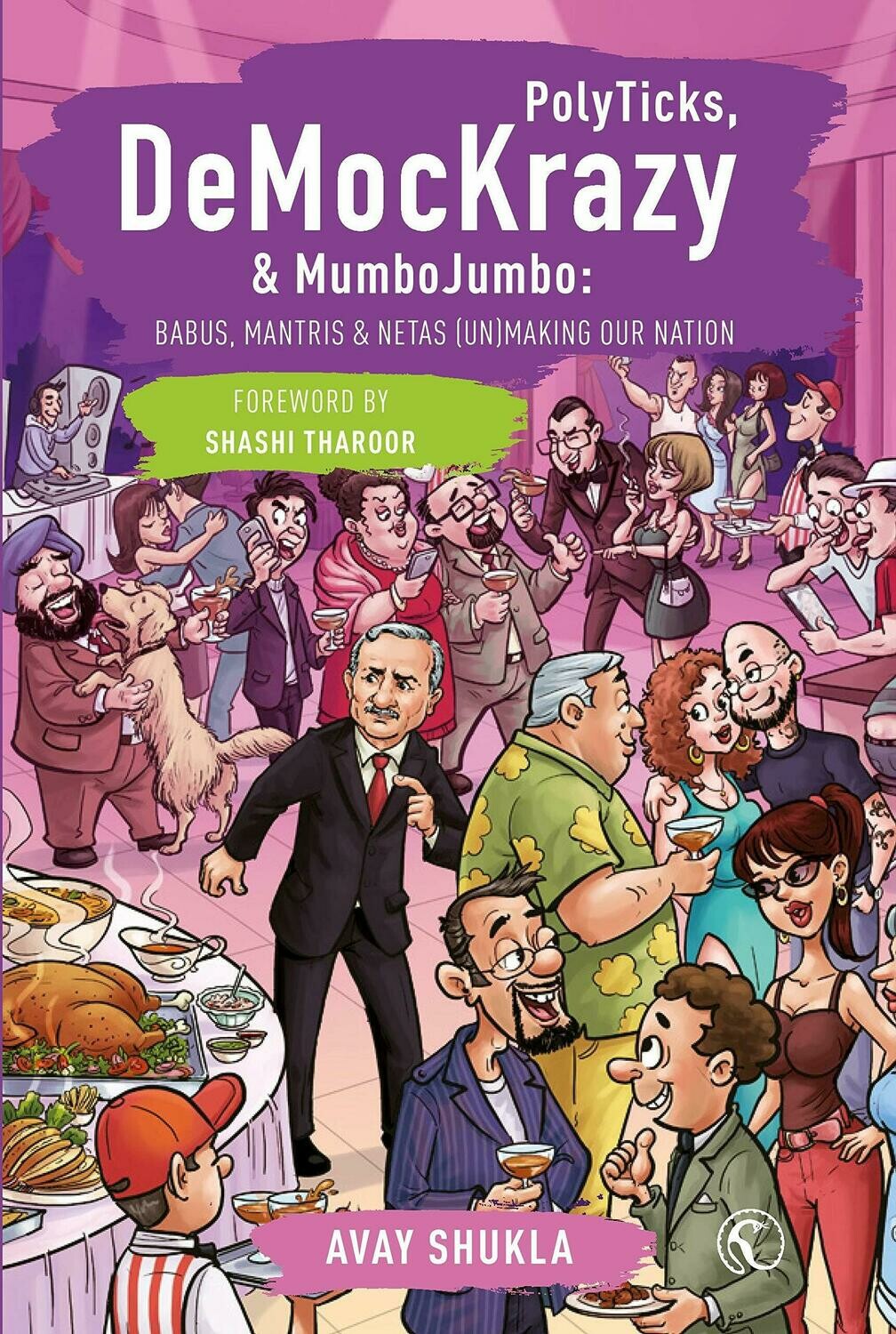 - political culture and current affairs,
- the environment and conservation,
- the bureaucracy and governance,
- legal matters, social issues, societal peccadilloes, and
- anything else that can be lampooned.

From India’s funniest and most penetrating writer in English:

- each only three to four pages in length,

- giving you the low-down on all the things you never knew - or had forgotten to laugh about: Aadhar, Anger and its management, Animal Spirits, Black Money, Bribery, Budgets, Cows, Demonetisation, Economics, Encounters, GST, NPAs, South Delhi parties, Street Markets, and even nerd immunity and social distancing.

Our national foibles are treated with indulgent banter, our failures with wit and raillery of the highest order.

Avay Shukla is an original voice.

Avay Shukla became an “unserious writer” after retiring in December 2010 from the Indian Administrative Service (IAS) having reached the dizzying heights of Additional Chief Secretary of Himachal Pradesh. His crowning achievement? The establishment of two national parks. Having fallen in love with Himachal’s mountains and forests, he’s been foolish enough to trek to its remotest regions, documenting the lifestyles of the hardy villagers, as well as the local myths, legends and anecdotal trivia, resulting in his books, The Trails Less Travelled: Trekking the Himachal Himalayas and The Spectre of Choor Dhar: Tales from the Mountains. He amuses himself with passable bridge and bad golf.
Save this product for later