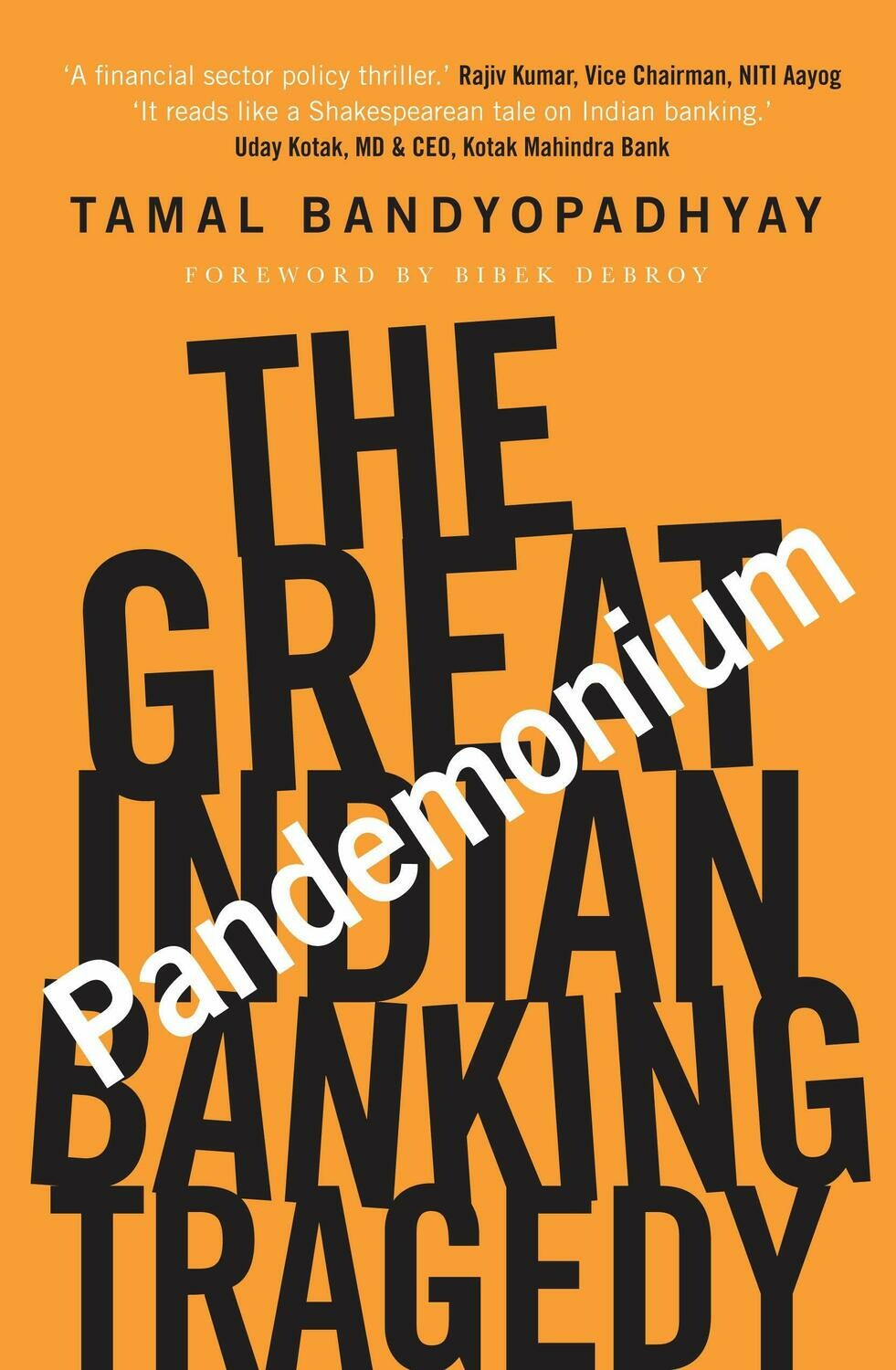 ‘The Reserve Bank of India would like to assure the general public that Indian banking
system is safe and stable.’

Why did India’s central bank have to issue an unprecedented statement to that effect?

In Pandemonium: The Great Indian Banking Tragedy, Tamal Bandyopadhyay takes you in search for the answer. It is a definitive insider story on the rot in India’s banking system – how many promoters easily swapped equity with debt as bank managements looked the other way to protect their balance sheets, until the RBI began waging a war against ballooning bad loans.

What really ails public sector banks, the backbone of India’s financial system? Is it the government ownership itself, or how this owner actually behaves? And just when many were rooting for privatisation as a way out, powerful bankers such as Chanda Kochhar and Rana Kapoor exposed the soft underbelly of seemingly more efficient and profitable private banks of India.

A timely and insider look at dramatic forces reshaping banking in Asia’s third-largest economy, this book is a bird’s-eye view of Indian banking and also a fly-on-wall documentary. A must-read to understand contemporary India’s challenges and economic potential.

Tamal Bandyopadhyay has been a keen student of Indian banking. A lifelong reporter and journalist, he is an award-winning national business columnist and a bestselling author. He is widely recognised for ‘Banker’s Trust’, a weekly column whose unerring ability to anticipate and dissect major policy decisions in India’s banking and finance has earned him a large print and digital audience around the world. The column won Tamal the Ramnath Goenka Award for Excellence in Journalism (commentary and interpretative writing) for 2017. Banker’s Trust now appears in Business Standard, where he is a Consulting Editor.

Previously, Tamal has had stints with three other national business dailies in India, and was a founding member of Mint newspaper and Livemint.com. He is also a Senior Adviser to Jana Small Finance Bank Ltd. Between 2014 and 2018, as an adviser on strategy for Bandhan Bank Ltd, he had a ringside view of the first-ever transformation of a microfinance institution in India into a universal bank.

Author of five other books, Tamal is widely recognised as a contributor to the Oxford Handbook of the Indian Economy and Making of New India: Transformation Under Modi Government. In 2019, LinkedIn named him as one of the ‘most influential voices in India’.