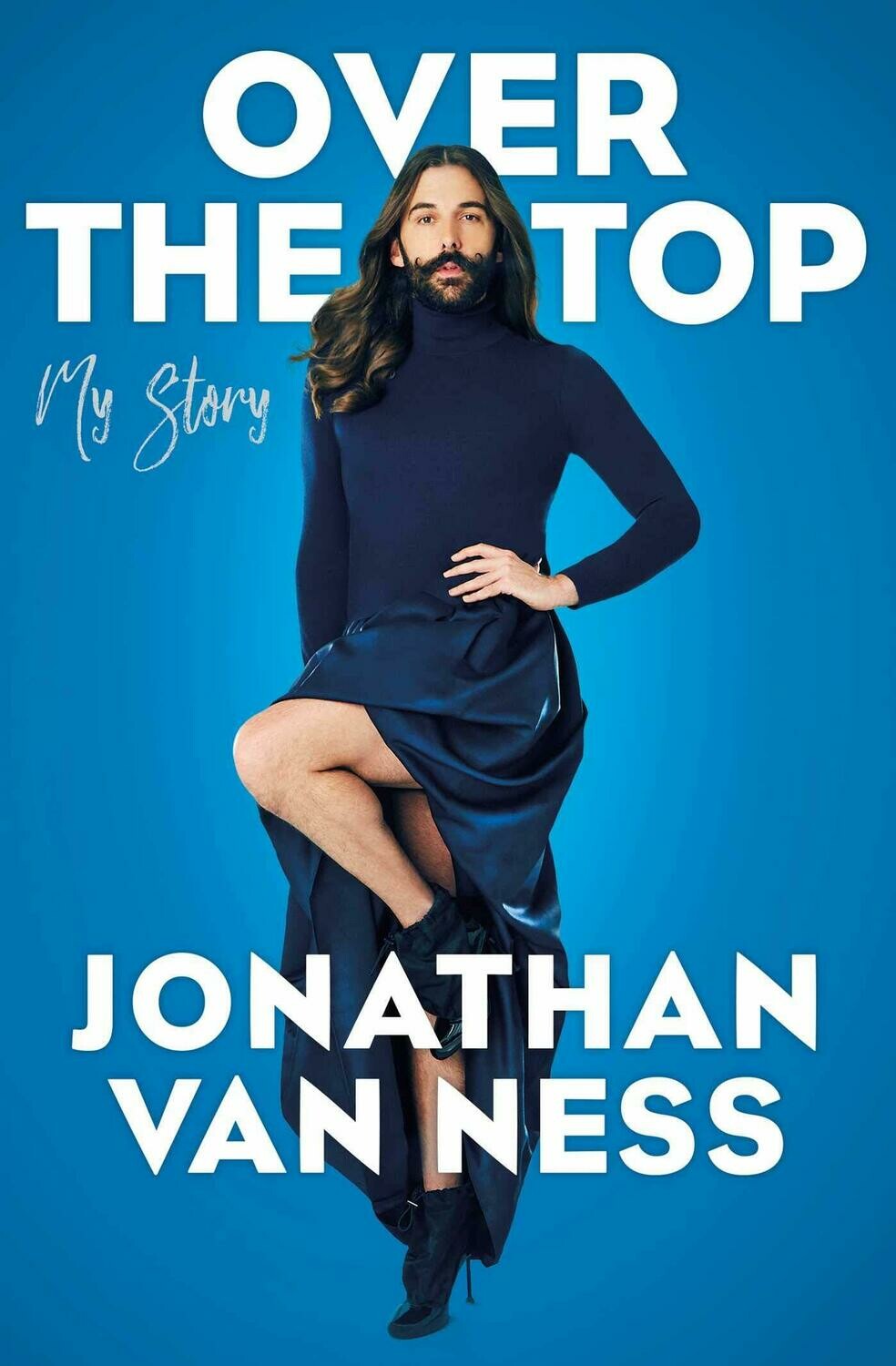 Who gave Jonathan Van Ness permission to be the radiant human he is today? No one, honey.

The truth is, it hasn’t always been gorgeous for this beacon of positivity and joy.

Before he stole our hearts as the grooming and self-care expert on Netflix’s hit show Queer Eye, Jonathan was growing up in a small Midwestern town that didn’t understand why he was so…over the top. From choreographed carpet figure skating routines to the unavoidable fact that he was Just. So. Gay., Jonathan was an easy target and endured years of judgement, ridicule and trauma - yet none of it crushed his uniquely effervescent spirit.

Over the Top uncovers the pain and passion it took to end up becoming the model of self-love and acceptance that Jonathan is today. In this revelatory, raw, and rambunctious memoir, Jonathan shares never-before-told secrets and reveals sides of himself that the public has never seen. JVN fans may think they know the man behind the stiletto heels, the crop tops, and the iconic sayings, but there’s much more to him than meets the Queer Eye.

You’ll laugh, you’ll cry, and you’ll come away knowing that no matter how broken or lost you may be, you’re a Kelly Clarkson song, you’re strong, and you’ve got this.

Television personality, Emmy nominee, and hairstylist to the stars, Jonathan Van Ness has quickly become known in the entertainment industry for his fabulous, unstoppable energy. It is his belief that great hair is best served with a side of witty banter. Jonathan can be seen starring in Netflix's Queer Eye, which premiered in February 2018; the hit reboot of the Emmy Award winning series Queer Eye for the Straight Guy. The show, which is Netflix's first foray into non-scripted, follows the "Fab Five" as they forge relationships with men and women from a wide array of backgrounds and beliefs often contrary to their own, touching on everything from LGBTQ rights and social commentary to how to make the best farm-to-table guacamole. Jonathan shines as the show's groomer, hair guru and self-care advocate. In addition to "Queer Eye" Jonathan stars on the Emmy-nominated series Gay of Thrones, (Funny or Die) a witty social commentary series recapping HBO's Game of Thrones. Jonathan also continues to work on a passion project, his podcast Getting Curious, a biweekly exploration of all the things Jonathan is curious about from the history of the Armenian Genocide to the opioid crisis in the U.S.
Save this product for later