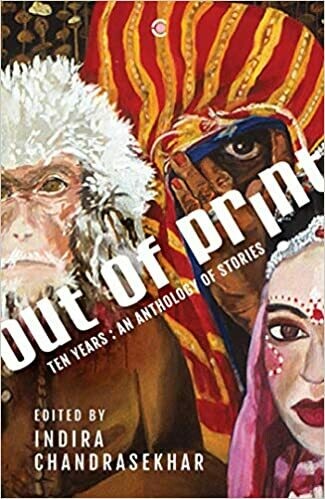 Out of Print: Ten Years : An Anthology of Stories

A decade ago, in 2010, Indira Chandrasekhar set up Out of Print to address a need she felt as a writer: a focused platform for the short story; a space for robust editorial discussions as well as one that would serve as a platform for discoveries—of newer facets of the form itself and of new writing. This commemorative volume hopes to capture something of that adventure. It is, thus, not a ‘best of’ volume, but one that speaks to the spirit of the magazine: its diversity of literary voices, its openness to experimentation, its focus on Indian-language publishing and its stand against mediocrity. Most crucially, of course, this is an ode to the short-story form, its ‘art of brevity and honesty’.

Dr Indira Chandrasekhar is a scientist, a writer, a literary curator, and the founder and principal editor of Out of Print, one of the primary platforms for short fiction bearing a connection to the Indian subcontinent.As a fiction writer, she focuses on the short form, drawing deeply on her scientific experience working with the complex subtleties of biological macromolecules. Her fiction has appeared in anthologies and literary journals across the world.She co-edited the anthology, Pangea, Thames River Press, 2012, and a collection of her short stories, Polymorphism, was published by HarperCollins in 2017.