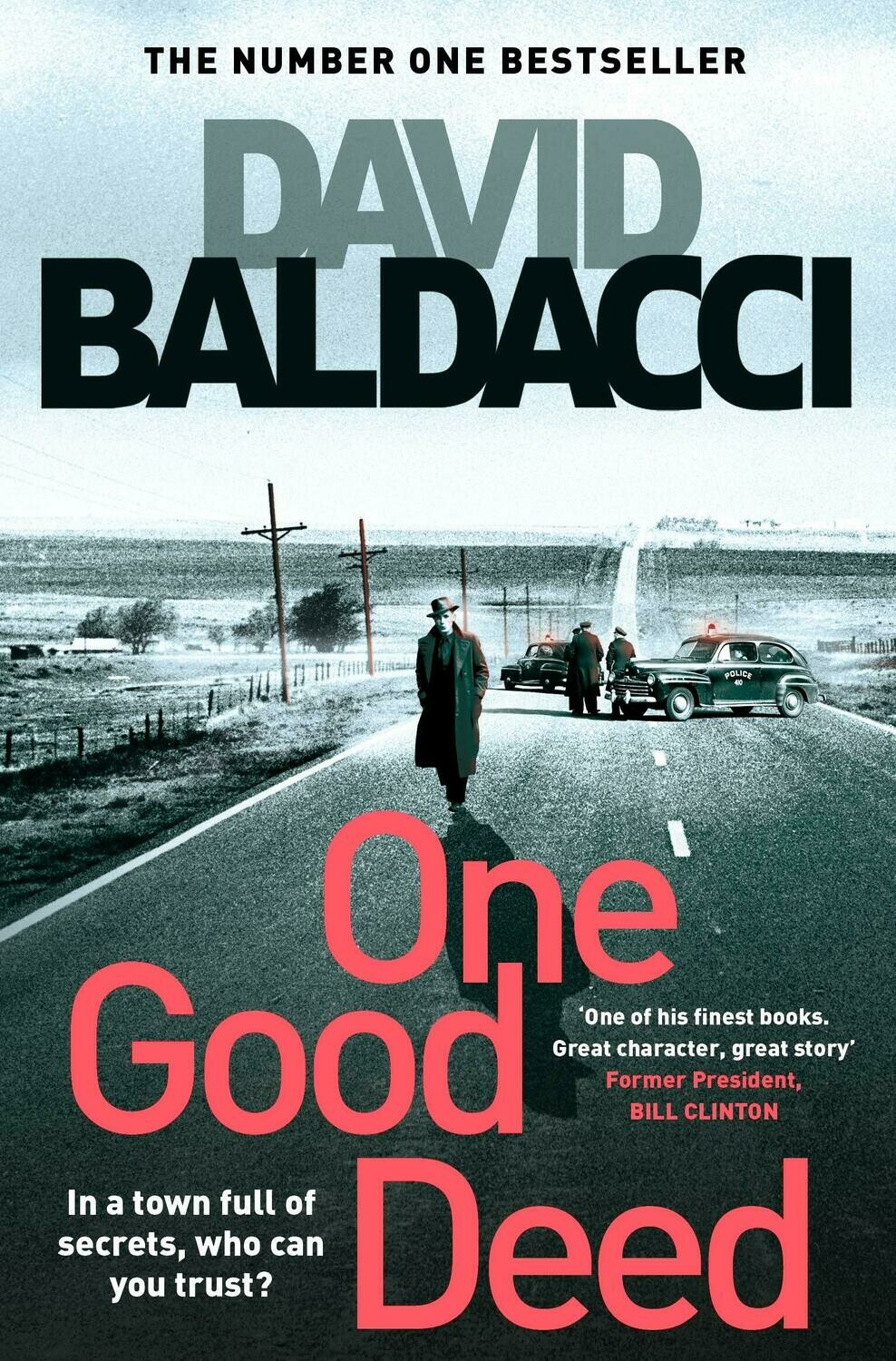 In 1949, Aloysius Archer arrives in the dusty Southern town of Poca City. He has nothing but a handful of dollars, the clothes he’s wearing and an appointment with his new parole officer. After his wartime experiences in Italy and a prison sentence for a crime he didn’t commit, Archer is looking for a fresh start and a peaceful life.

On his first night of freedom, Archer meets local business tycoon Hank Pittleman, who promises Archer handsome compensation to work as his debt collector. Yet Archer takes on more than he bargains for, as he becomes embroiled in a long-running feud between the drought-struck town’s most dangerous residents. When one of them dies, the authorities label Archer as their number one suspect.

A bloody game is being played above and below the law. Everybody playing has a deeply buried secret, and Archer must uncover them all – if he’s to avoid going back behind bars.

'One Good Deed represents David Baldacci's move into historical crime with a new character, ex-jailbird Aloysius Archer . . . Unsurprisingly, the talented Baldaaci proves to be as adept in this new venture as he is in his contemporary-set novels'

David Baldacci is one of the world’s bestselling and favourite thriller writers. With over 130 million copies in print, his books, including Memory Man, Long Road to Mercy and One Good Deed are published in over eighty territories and forty-five languages, and have been adapted for both feature-film and television.