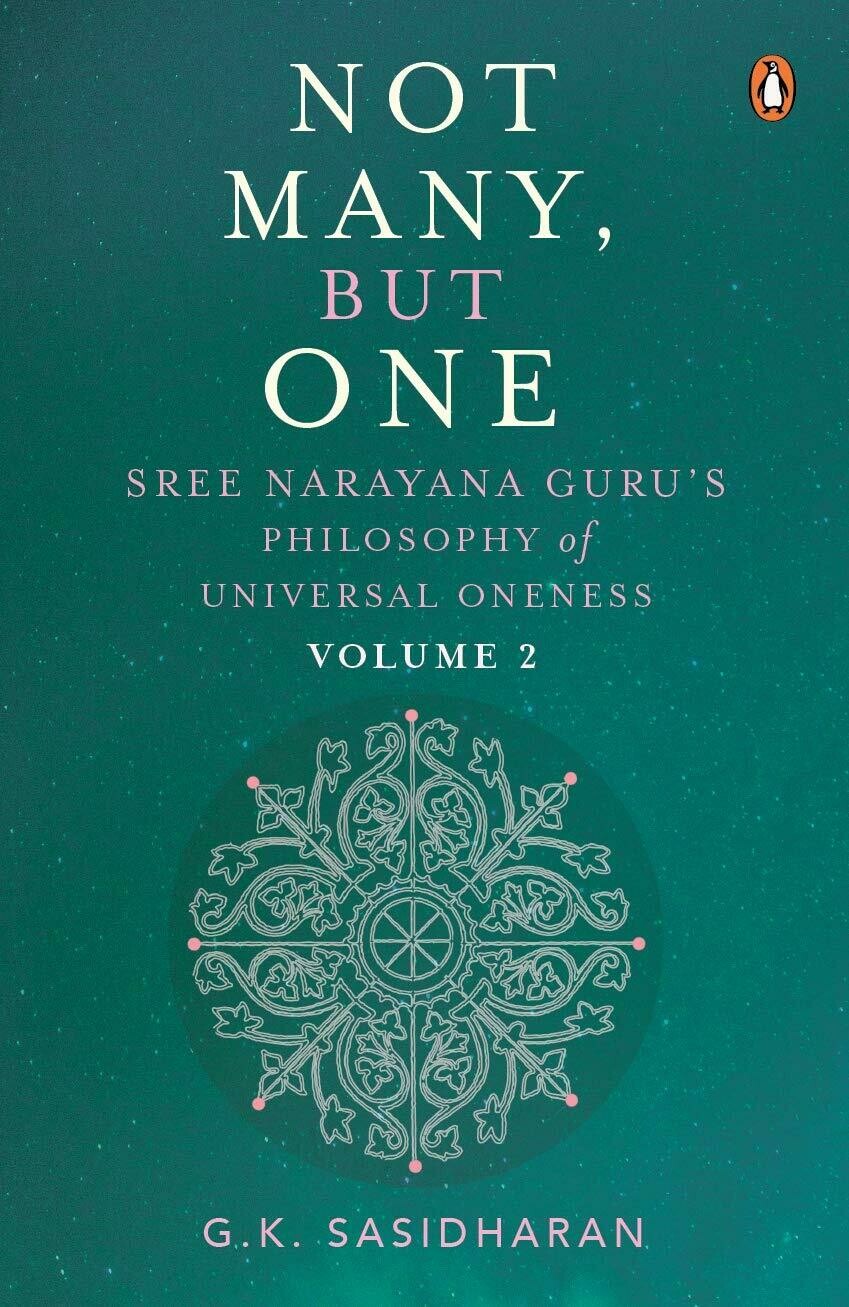 Not Many, But One Volume II: Sree Narayana Guru’s Philosophy of Universal Oneness

Sree Narayana Guru (1855-1928) was a spiritual leader and social reformer who led powerful movements to promote social equality. Not Many, But One brings together his work in two rich volumes of translation and interpretation, pieced together for a modern readership.

In Volume 2, we see how Sree Narayana Guru revived the Advaita philosophy. The book also focuses on the correlation between the teachings of Advaita, the conclusions of modern physics and cosmology, and how Advaita reveals the complex secrets of the universe. It explains the theoretical, observational and experimental findings given by science about the origin, evolution, existence and future of our universe. Volume 2 also explores the Big Bang theory, the inflation theory, the role of dark matter and dark energy, the concept of space and time, the anthropic principle, supersymmetry, spontaneous symmetry breaking, string theory and other latest avenues of modern science. The translations, explanations and commentary given are simple and conceivable by ordinary readers who may not be well equipped with the complexities of intuitional spiritual findings of Advaita and hypothetic conclusions of quantum physics-but without compromising on the authenticity of the works.

Vedic philosophers, physicists, cosmologists and enthusiasts who love science and spirituality will appreciate this enterprising effort – though with limitations – in bringing closer the two hitherto uncompromising schools of thought. The devotees of Sree Narayana Gurudev will find an opportunity to go deeper into his works.

G.K. Sasidharan has held positions in educational institutions as lecturer, postgraduate professor, principal, pro-vice-chancellor and vice-chancellor. He has published many papers on cosmology and astrophysics, and is a regular writer on scientific topics in journals and periodicals. He is the architect of the astronomical observatory on the Calicut University campus and was instrumental in the introduction of compulsory social service (CSS) as part of the curriculum in university and colleges.

Sasidharan visited colleges in various states in the country as chairman of the National Assessment and Accreditation Council (NAAC) peer team. He is the founder president of the All Kerala Astrosciences Society (AKAS). He has also authored widely accepted bestsellers. His books have been translated into many languages by eminent academicians and he is also the recipient of many awards.