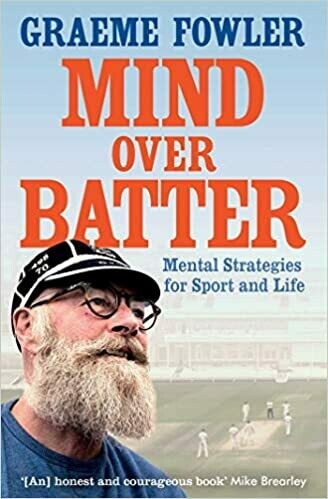 In Mind Over Batter, former England batsman and leading coach Graeme Fowler takes the reader on a compelling journey to show how they can perform at their peak in cricket or in life - even under the greatest pressure. Strength isn't solely about muscle; it's about having the mental tools to deal with any given situation.

The Book not only sheds light on international cricket, it is also packed with advice and ideas that will help people at all level to improve their game. Filled with hilarious stories and great characters from throughout Fowler's career, Mind Over Batter is a personal quest to understand how his own mind works as he undergoes therapy for the first time.

What he discovered surprised even him.

Graeme Fowler was born in Lancashire in 1957 and went on to play for his home county and for Durham until 1994. Between 1982 and 1985, he played in 21 Tests for England. After retiring from the game, in 1996 he set up the Durham Cricket School of Excellence and was head coach of the Durham MCCU side until 2015. He has also worked as a TMS commentator.
Save this product for later