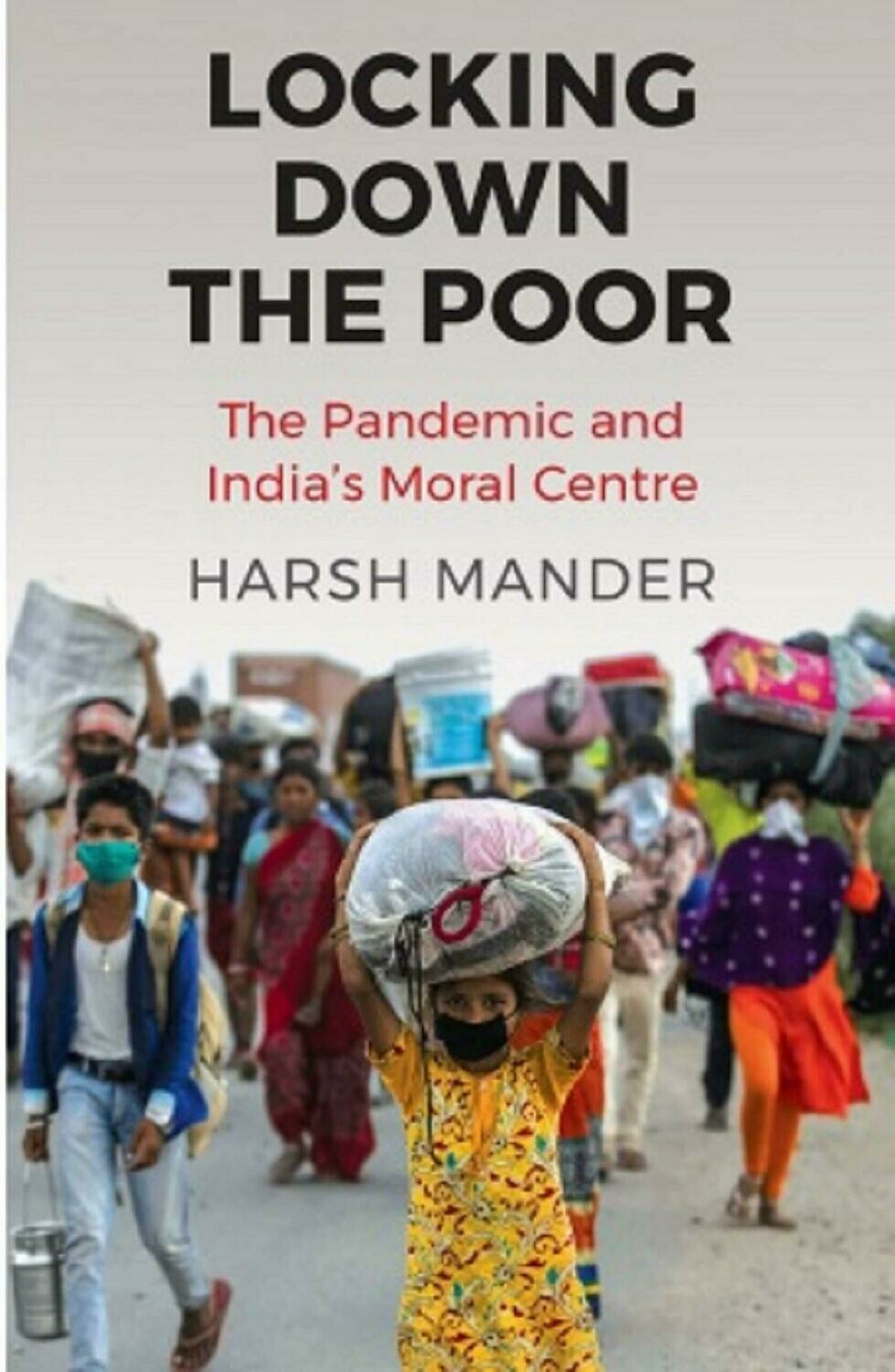 Locking Down the Poor: The Pandemic and India’s Moral Centre

In early 2020 The first cases of covid-19 infection were confirmed in India, and on 24 March the country prime Minister announced a nationwide lockdown, giving the population of over 1.3 billion just four hours’ notice. Within days, it became evident that India had plunged into its biggest humanitarian crisis since Partition. In this powerful book, Harsh Mander shows us how grave this crisis was and continues to be, and why it is the direct consequence of public policy choices that the Indian government made, particularly of imposing the world’s longest and most stringent lockdown, with the smallest relief package. The Indian state abandoned its poor and marginalised, even as it destroyed their livelihoods and pushed them to the brink of starvation.

Mander brings us voices of out-of-work daily-wage and informal workers, the homeless and the destitute, all overwhelmed by hunger and dread. From the highways and overcrowded quarantine centres he brings us stories of migrant workers who walked hundreds of kilometres to their villages or were prevented from doing so and detained. He lays bare the criminal callousness at the heart of a strategy that forced people to stay indoors in a country where tens of crores live in congested Shanti or single rooms with no possibility of physical distancing, no toilets and no running water. combining ground reports with hard data, mander argues with great clarity and passion that India is in the middle of a humanitarian catastrophe, the effects of which will be felt for decades.

Harsh Mander is one of India’s most trusted and courageous social justice and human rights activists. He is the author of several acclaimed books on contemporary India among them, Looking Away: Inequality, Prejudice and Indifference in New India and Ash in the Belly: India’s Unfinished Battle against Hunger. .
Save this product for later