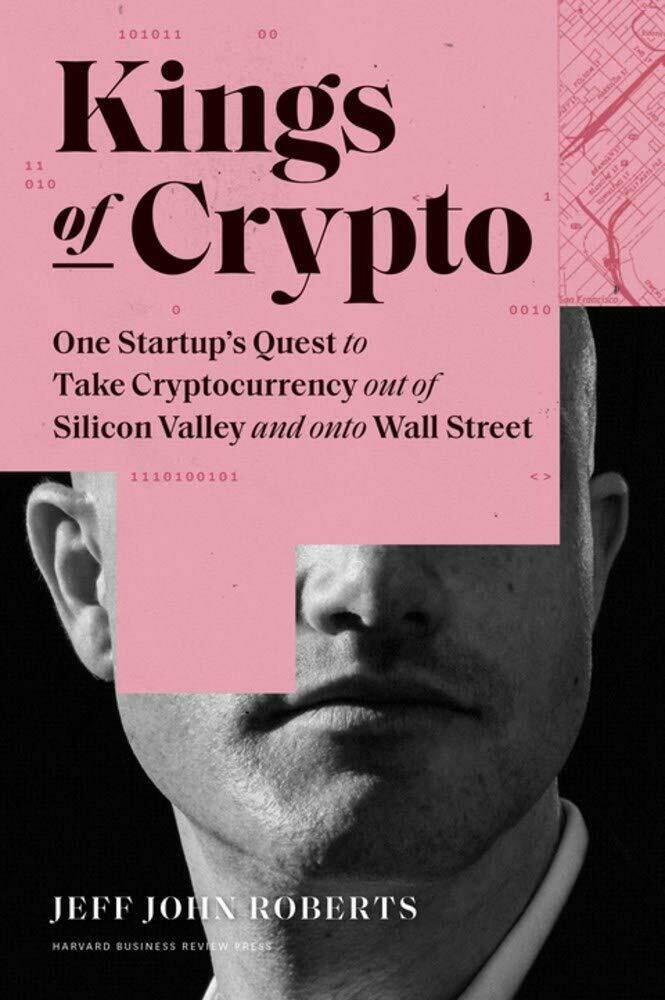 Brian Armstrong stepped onto the stage with quiet confidence. He turned to the audience and shared his idea with the simple slogan: "Coinbase, the easiest way to get started with bitcoin."

For a moment late in 2018, one bitcoin, which physically amounts to a few electrons blipping on a tiny bit of silicon, was worth $20,000—the same as a pound of gold. Libertarian technologists who believed bitcoin would be the foundation of a new world order saw the moment as an apotheosis. Everyone else saw a bubble. Everyone else was right, and the bubble burst. But bitcoin survived, and the battle for its soul rages on.

Kings of Crypto drops us into the unfolding drama, tracing the rise, fall, and rebirth of cryptocurrency through the experiences of major players across the globe. We follow Silicon Valley entrepreneur Brian Armstrong and the turbulent rocket ride of his startup, Coinbase, as he tries to take bitcoin mainstream while fighting off hackers, thieves, and zealots. Author Jeff John Roberts keenly observes the world of virtual currencies and what happens when startups try to disrupt the world of high finance. Clear explanations of crypto technology are woven into an amazing landscape full of meme-fueled startup hijinks, hacking (so much hacking!), shady investors, government investigations, billionaire bros and their Lambos, and closed-door meetings with Jamie Dimon.

This is the surprising story of the origins of cryptocurrency and how it is changing money forever.

Jeff John Roberts covers subjects such as cryptocurrency, patent reform, blockchain technology, hacking, and privacy in the age of social media for Fortune. His work has also appeared in a variety of other outlets, including Bloomberg BusinessWeek, Reuters, Fortune, and the New York Times. He is an authority on copyright law and other intellectual property issues and is licensed to practice law in New York and Ontario. He has appeared on the BBC, CNN, NBC, CheddarTV, and other outlets to share his perspectives on technology and the law.