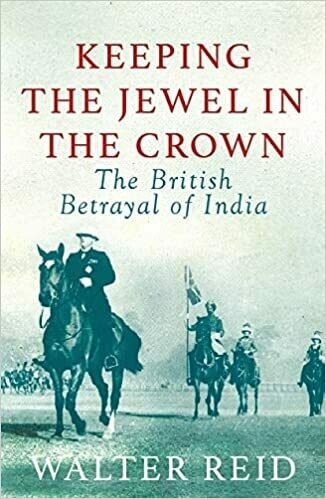 Keeping the Jewel in the Crown: The British Betrayal of India

When India became independent in 1947, the general view, which has prevailed until now, is that Britain had been steadily working for an amicable transfer of power for decades. In this book, Walter Reid argues that nothing could be further from the truth. With reference to a vast amount of documentary material, from private letters to public records and state papers, he shows how Britain held back political progress in India for as long as possible-a policy which led to unimaginable chaos and suffering when Independence was granted and which created a legacy of hatred and distrust that continues to this day.

Walter Reid studied at the universities of Oxford and Edinburgh. He has written a number of acclaimed books on military and political history, and has a particular interest in British imperial policy in the twentieth century. His books include Churchill: Under Friendly Fire, Empire of Sand: How Britain Made the Middle East and most recently Five Days from Defeat: How Britain Nearly Lost the First World War. He is a fellow of the Royal Historical Society.